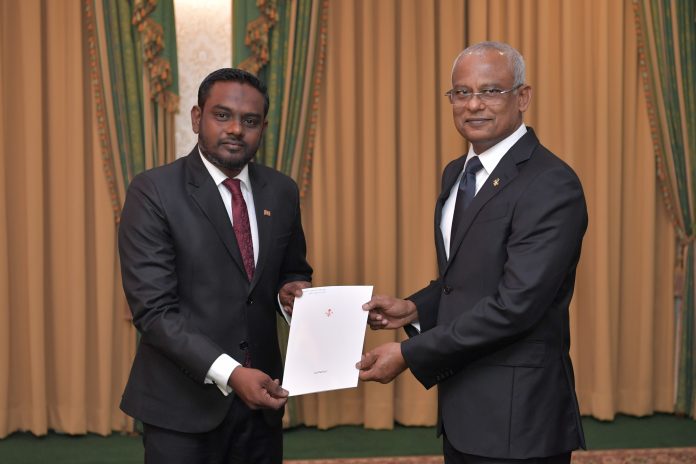 President Ibrahim Mohamed Solih has appointed Ahmed Akram as a member of the Elections Commission (EC). The Letter of Appointment was presented to him at a ceremony held this morning at the President’s Office.

At the ceremony, Ahmed Akram took his Oath of Office in the presence of Supreme Court Justice Uz Mahaz Ali Zahir.

Mr Akram earlier served in EC as Vice Chairman. He also has previously served as Commissioner and Spokesperson at EC and has attended several training programs and seminars on Electoral management. Mr Akram completed Master of Business Administration from the British School of Commerce in Colombo, Sri Lanka.