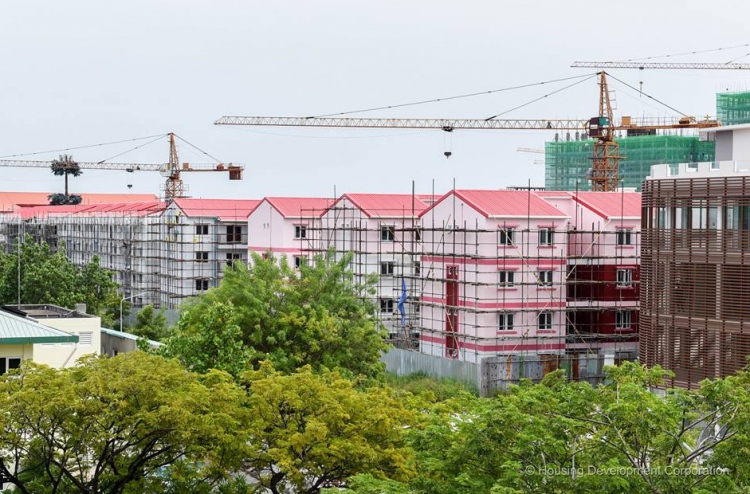 Speaking at the graduation ceremony of the vocational training programme held for young photographers, the president said that the government’s aim is to create jobs that would make it feasible for average citizens to pay rent without struggling.

“Perhaps we won’t be able to build the flats as quickly as we want, but before the end of this year, we will commence the construction work of some 7,000 flats. And next year, an additional 8,000 flats will be developed,” president Yameen revealed.

The president, during his speech, echoed the government’s guarantee to build 15,000 new housing units that will also be affordable, before the end of the presidential term. He added that the flats will not be built from state funds; however he did not specify how the mega project will be funded.

Whilst the president promised 15,000 new housing units to be developed before the end of his presidential term, the government was recently under fire for its refusal to divulge the details on how the new flats were distributed under its first social housing project. The housing ministry’s refusal to explain how points were allocated for the applicants to determine flat recipients resulted in outrage amongst the citizens who had applied for the housing units in 2014, and they had called out on the lack of transparency in the distribution procedure.

During Sunday night’s ceremony, 414 participants had graduated from the photography programme. Minister of Education Dr Aishath Shiyam revealed that 249 individuals are currently enrolled in the photography course, whilst over a 100 graduates of the programme have already started their careers as photographers.

Photography is the only profession in the country where solely Maldivian nationals are employed, and according to the Minister of Economic Development Mohamed Saeed, a local photographer has the earning potential of USD 2000 – 3000 on average.