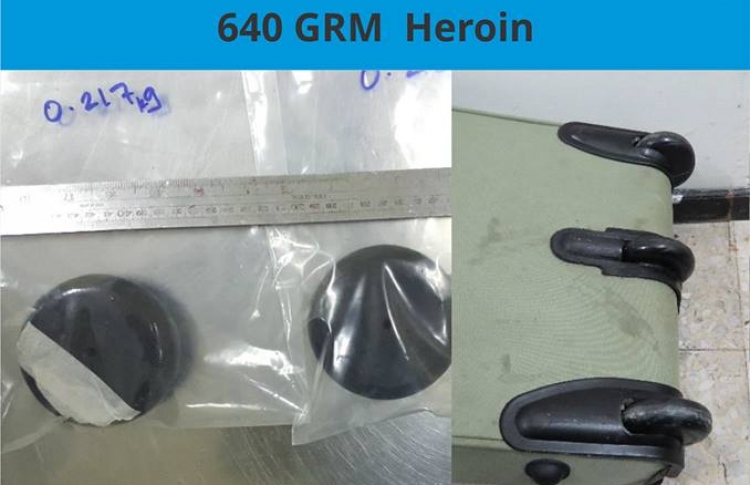 The hand luggage which the Pakistani national used to smuggle drugs into the Maldives: the drugs were concealed in the wheels of the luggage. [PHOTO / MALDIVES CUSTOMS]

A Pakistani national who arrived in the Maldives was arrested last Thursday for bringing in narcotics, Maldives Customs has revealed.

According to the customs, 640 grams of heroin was found on the 31-year-old Pakistani man. The substances were found after the authorities searched him for “acting suspiciously.”

The drugs were concealed inside the wheels of the man’s hand luggage, the authority revealed.

Foreigners who attempt to smuggle illicit substances into the Maldives have increased as of lately.

Earlier this month, a group of Indian nationals who attempted to smuggle a large haul of drugs via Sri Lanka to Gan International Airport in the southernmost Addu City were also apprehended by the customs. A total of 4.65 kilograms of substances were found in the group of four, which included two men and two women.

In July, the customs seized over seven kilograms of cannabis concealed in plastic containers on a Bangladeshi man who entered the country.