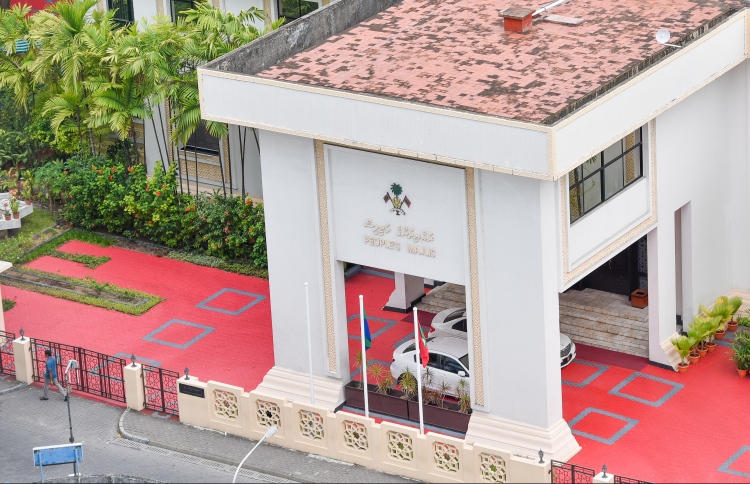 The entrance to People’s Majlis, the parliament chamber of the Maldives.

The parliament staff has been given promotions and increments in their salaries.

Mihaaru is aware that 131 individuals employed at various sections of the parliament were promoted and given a salary increase. Most people were bumped up a rank, and their salaries increased by roughly MVR 1000.

Only three employees who were on ‘no-pay leave’ were excluded from the promotion.

Whilst some staff were informed of their promotions by Parliament’s Speaker Abdullah Maseeh personally during his one-on-one sessions with them, most of the staff were told of their advancement by the Human Resources department of the parliament.