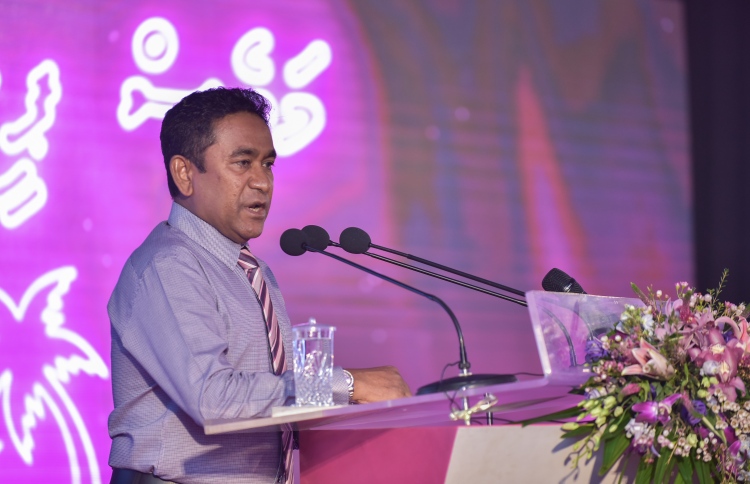 President Abdulla Yameen on Sunday hit back at opposition criticism regarding the debt amassed by his government, declaring that his administration’s debt would amount to only MVR 1 billion without the “inherited” debt of former president Mohamed Nasheed’s government.

Speaking at a ceremony of ruling Progressive Party of Maldives (PPM) at Dharubaaruge convention centre, Yameen stated that Nasheed’s Maldivian Democratic Party (MDP) government had amassed a debt of MVR 29 billion at the end of its short three-year reign, while the current administration’s debt at the end of four years is MVR 14 billion.

Stating that the debt of MDP’s regime was 200 percent greater than the incumbent PPM government’s, Yameen blamed the “incompetence” of Nasheed’s government for the current debilitating debt of the Maldives. However, he vowed that his administration would provide a solution.