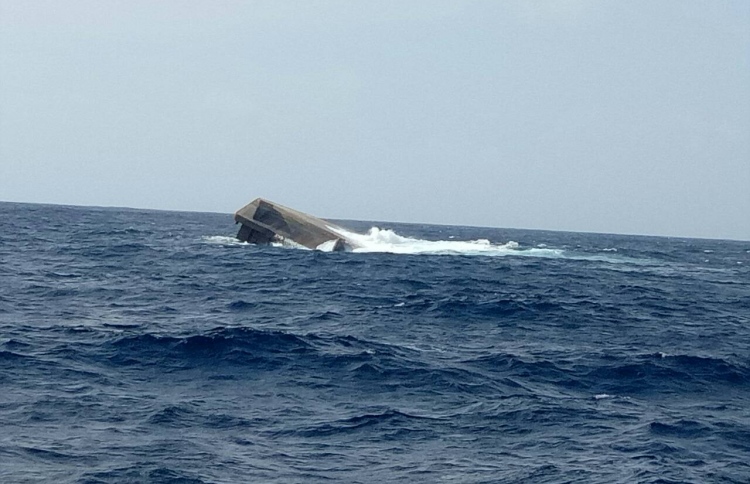 The barge “Kurimagu” of MTCC, carrying 3,300 tonnes of aggregate to HDh Kulhudhuffushi, capsized after it was caught in a storm. PHOTO/READER

A barge carrying 3,300 tonnes of construction aggregate to Haa Dhaal atoll Kulhudhuffushi island last Thursday was caught in the severe storm across the Maldives and capsized, Mihaaru has learnt.

The barge, which belonged to Maldives Transport and Contracting Company (MTCC), was carrying aggregate for the development of Kulhudhuffushi’s domestic airport from Tuticorin, India. Mihaaru understands that the barge capsized in the Kanyakumari sea off the southernmost tip of the Indian peninsula after it was caught in a severe storm caused by the deep depression that originated off the coast of neighbouring Sri Lanka over the past few days.

The tugboat towing the barge had 11 people onboard, none of whom were hurt in the incident. They had abandoned the barge once it keeled over, and are currently travelling to Kulhudhuffushi. The tug is expected to dock at the island sometime Sunday.

MTCC is yet to make an official statement regarding the incident.