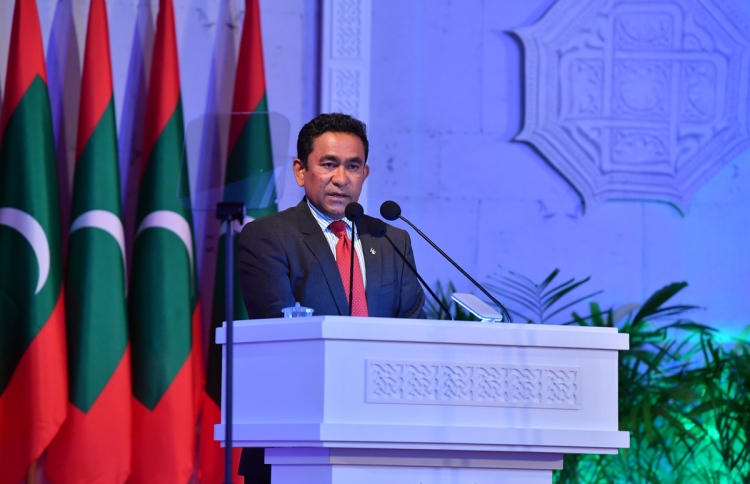 Political differences should not lead to national divides, declared president Abdulla Yameen Abdul Gayoom on Saturday night at the ceremony of the Maldives’ 49th Republic Day.

The president stated that his aim is to make the Maldives a nation that can support itself.

Taking the coup of November 3, 1988 as an example, Yameen said that state institutions which are vital for national security must be protected from foreign hands. He warned that, in modern times, colonialism is not spread solely via acts of terror, but through ideological warfare and malicious economic schemes.

Warning that the easiest way to colonise a nation now is to weaken its economy such that it has to depend on other nations for income and livelihoods, Yameen stressed that the private sector is a key partner for the government to secure the nation’s economic independence.

The president further warned that malicious ideological antagonism would also disrupt the unity and prosperity of the Maldivian society. He called on the people to be wary of such ideological warfare, saying that intellectual terror has already destroyed a number of nations with centuries of history and culture.

He added that as long as the Maldives remains committed to Islam as the single religion accepted by the state, the country will continue to be targeted by such warfare. However, he vowed that he will not allow any entities to take advantage of any weaknesses in state institutions or the economy.