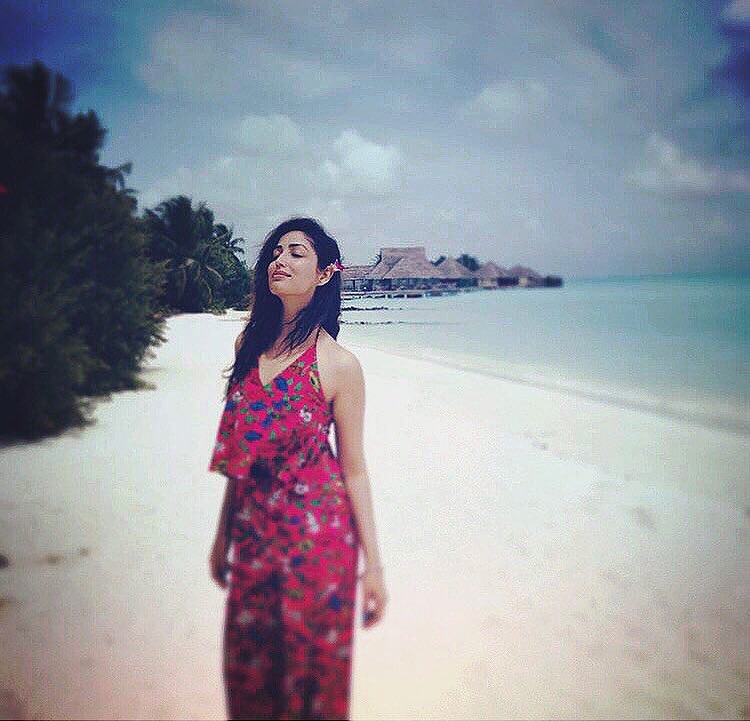 Yami Gautam has always managed to captivate millions of hearts with her aesthetic fashion sense and measured performances. Currently, the actress has taken some time off from her busy schedule and is vacationing in Maldives.

She posted a picture of herself on Instagram, where she is seen having the time of her life on a beach. The Kaabil actress captioned the image as, Take me there… #Maldives.
Yesterday, Yami wrote an open letter in support of his co-star Hrithik Roshan. In her letter, Yami is seen requesting people to not give this a gender issue colour for this will do more harm than good.

“I am usually not very vocal on social media, but I am making an exception today, since as a woman, what I am seeing right now terrifies me,” reads the first few lines of Yami’s Facebook post.

“This is concerning the matter surrounding two of the biggest stars in our industry. I have, fortunately, had the opportunity to work with one of them. However, I am not writing this as a co-star or even as a friend. I am writing this as a woman and a concerned citizen of the country, and I will try to get my point across as succinctly and as objectively as possible,” Yami wrote.

Yami warned against reducing the Kangana Ranaut vs Hrithik Roshan controversy to a war of the sexes. “Just because this is a fight between a man and a woman does not mean it has to be a fight between genders. Making everything a gender issue can easily distract us from addressing legit sexist issues that plague our society,” she concluded.

Yami Gautam who was last seen with Hrithik Roshan in Kaabil and with Amitabh Bachchan in Sarkar 3 earlier this year is yet to announce her next film venture.