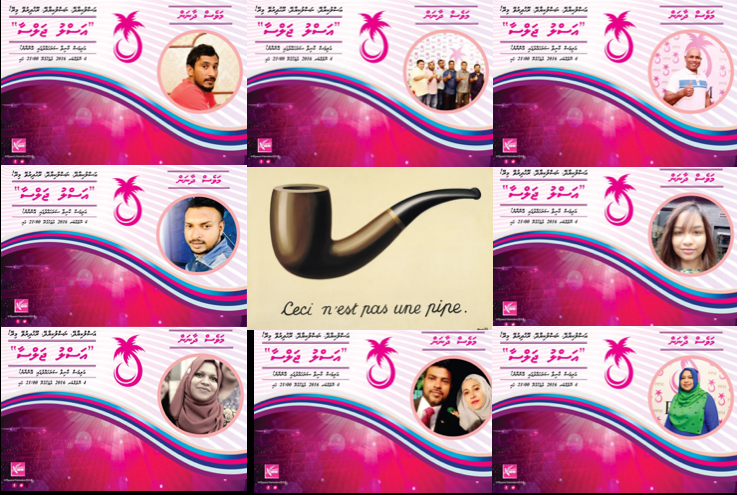 If you want an example of how people in power try to create your reality, Yameen’s bash tonight to launch The Real PPM is a classic

Fact is, The Real PPM is a thing that does not exist. At least not as a political party.

PPM is a registered party of some thirty thousand members, the elected leader of which is Maumoon Abdul Gayoom. After all the laundry has been done and all shades of family dignity have been hung out to dry on public lampposts, PPM remains the party of its members, led by the man they picked as their leader. These are material facts. That’s PPM for real.

A court saying the party is Yameen’s doesn’t make it so. The ‘courts’ have no business meddling, uninvited, in party affairs. Maumoon’s leadership of PPM is not limited to hosting great office parties. Preventing him from ‘even cutting the cake!’ does not stop him from leading the party. As for locking Maumoon out of his own office, putting a padlock somewhere and shouting “It’s mine!’ is as legally binding an ownership claim as pissing around a disputed area to mark territory.

Drawing on walls to insult others, perhaps popular entertainment in the caveman era, isn’t all that clever anymore. For one thing, it can backfire, as when Maumoon ended up owning Goruhan’daa and looking Gatu. “Grandpa totally killed it,” said the millennials.

And that business of deleting the name from the wall. Is a party ever only its office?

Just as clear is what  a political party is not. A group of men and women who, having claimed ownership of eight truckloads of party paraphernalia, take over the physical office of an established political party and declare themselves leaders of close to 40,000 people without so much as a by your leave, is not a political party.

The Real PPM is a gang of men and women, led by Abdulla Yameen, the President, who have staged a hostile takeover of the Maldives and a majority of its people, and are exploiting their leadership of the country to make as much money as quickly as possible from the people, the islands and their unique natural beauty.

That is what is being packaged as a new political party, ‘The Real PPM’, and being presented to anyone who will look and listen.

Yameen has a story to promote his product.

The West wants to colonise ‘us Muslims’. We must fight against Them. More, there are enemies within, eating us up from the inside like an autoimmune disease. These enemies were born to Maldivian mothers, the traitors. In these dangerous times, we must be afraid. We are all victims in need of protection. We need a strong leader, like Yameen.

Maumoon, the lazy, meddlesome, old brother, must bow out, his time is past. He should make way for young blood. Young Yameen has balls, he gets things done. He brought back the death penalty, no sissy him. He is tough on the criminals he is not on a first name basis with. He is ‘brave enough’ to change the Constitution whenever he wants, for whomever he chooses.

He will do whatever it takes to ‘develop the Maldives’.

What Maldives needs to grow as a nation is money. Money will end social inequality, money will guarantee a happier life, world class infrastructure will end poverty, dredging will solve the housing crisis.

Trust me, I am an economist.

Selling everything will get us money, it will cost us nothing.

Development is never again having to be on a boat to cross even a kilometre of the ocean. Chee, lonu.

Sustainable living? Takes too long. We can get fifteen million dollars for that island over there, and twenty for the other one in the distance, now. People are unhappy? Let’s cut down those trees, build an ice-rink and host a party.

Yameen has great plans, and great plans need time to execute. We must reelect him. For ‘God and country’.

Are you watching Yameen’s product launch? Are you buying it?