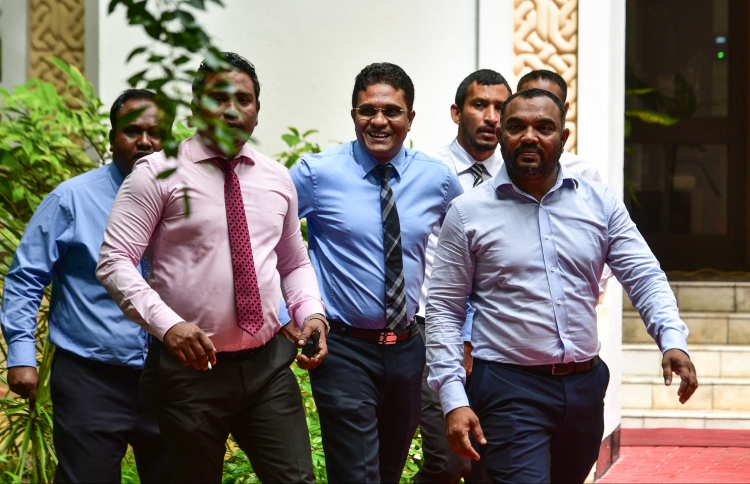 Some lawmakers of the ruling coalition pictured on parliament premises. PHOTO: HUSSAIN WAHEED/MIHAARU

Parliament administration on Tuesday stated that only three out of eight submitted bills were taken through parliament during its previous term.

Following a turbulent second term that did not yield much results with lawmakers caught up in an incessant political row, the parliamentarians have gone into recess for one month as per regulations. Only 11 sittings were held during the three-month second term while 39 were originally planned.

According to the statistics released by parliament administration, 412 out of 418 proposals submitted to the parliament since the beginning of 2014 have been settled. So far, 141 out of 146 bills have been passed, while the parliament has also decided on six resolutions, and 122 motions lobbied by the government.

Six proposals are still pending, comprising of five bills and a motion submitted by the speaker.

Statistics show that seven out of eight proposals submitted by the speaker were settled during the second term while ministers were questioned regarding five issues.

Parliament administration also revealed that 23 issues were submitted last term, out of which 17 were settled.