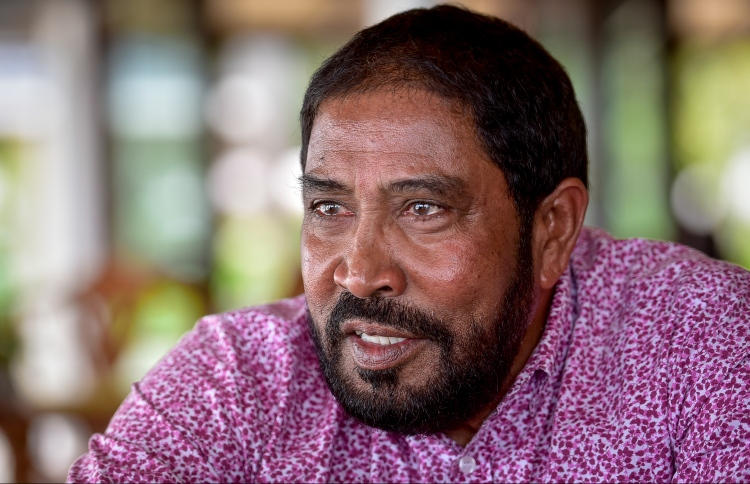 Jumhoory Party (JP)’s Secretary General Ahmed Sameer on Tuesday claimed that the party’s leader Qasim Ibrahim is “too ill” to be under house arrest.

Maldives Correctional Service (MCS) late on Thursday agreed to transfer the former Maamigili MP, who has been convicted of bribery, to house arrest. The Criminal Court had initially slapped a three-year, two-months and 12-day jail sentence on Qasim.

Despite MCS transferring him to house arrest, Qasim still remains in the state-run Indira Gandhi Memorial Hospital (IGMH) due to his condition.

“Qasim faces a lot more risks the longer he is kept here. Even the doctors have said that he can only be released for further evaluations and treatment,” Sameer said.

Doctors who treated the local business tycoon in capital Male have also advised the authorities to take him abroad as soon as possible as Qasim is in dire need of a heart surgery that is unavailable in the Maldives.

Further, the Criminal Court’s verdict also ordered the state to make arrangements for Qasim to be sent abroad for his medical treatment immediately.

Throughout his prolonged trial, Qasim had to be rushed to the hospital three times due to cardiac irregularities. Late in July, Qasim was treated at ADK Hospital in Male but was unable to travel abroad as there was a travel ban imposed on him, despite doctors’ advice to leave as soon as possible.

While the Criminal Court had overturned its initial travel ban and ordered the opposition leader to be sent abroad in its verdict, the Attorney General on Wednesday appealed the lower court’s decision to send Qasim abroad.

The High Court is yet to accept the case.

However, just days before the state appealed the Criminal Court’s decision to send Qasim abroad, the Minister of Home Affairs Azleen Ahmed and the Maldivian Ambassador to Japan Mohamed Hussain Shareef had visited Qasim at the hospital on behalf of the president.

During their visit, Qasim had apparently made a “special request” to the president’s envoys. The home minister had not revealed what the request was; he simply said that Qasim had asked to confer a message to President Abdulla Yameen, and that it was not a political message – but rather something a person going through an illness would plea for.

Meanwhile, JP’s spokesperson Sameer, after inquiring with MCS staff about Qasim’s transfer last week, had claimed that his case-file is “buried somewhere” on the home minister’s desk.

However Azleen had told Mihaaru on Tuesday that the ministry is doing “everything within their power” to send Qasim abroad as soon as possible.

He had further said that the delay in sending the former MP abroad is caused by all the paperwork involved in transferring someone under the supervision of MCS. Also, the approval that is needed from MCS’ board for the transfer has not been obtained yet due to the quorum not being met in board meetings that have been held so far.