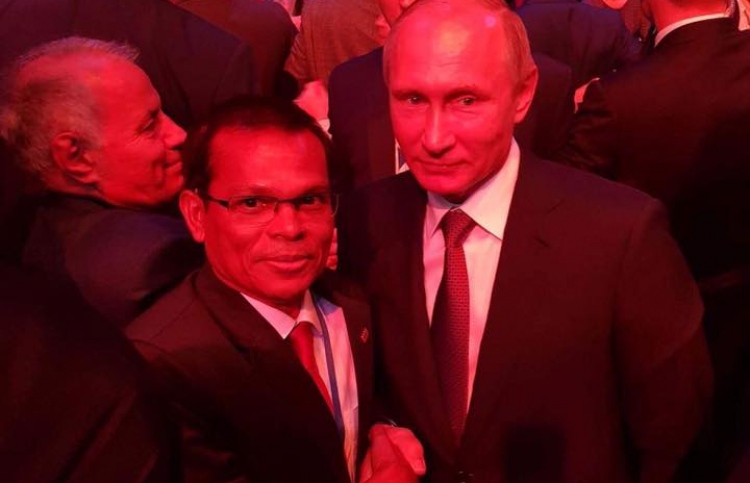 Maseeh is part of a parliamentary delegation currently in Russia to participate in the 137th Inter-Parliamentary Union (IPU) Assembly.

The speaker is accompanied by the parliament’s majority leader and Villimale MP Ahmed Nihan, Maafannu Central MP Asma Rasheed, Maafannu South MP Abdulla Rifau, and Kendhikulhudhoo MP Ali Mauroof. All are representatives of ruling Progressive Party of Maldives except Mauroof, who is a member of the government’s coalition partner, Maldives Development Alliance (MDA).

Maseeh met the Russian president after the assembly. The parliament did not reveal further details of the meeting.

Maseeh had also participated in the recently held eighth conference of the Association of SAARC Speakers and Parliamentarians in Sri Lankan capital Colombo.

The speaker has come under fire over the past few months after the parliament quashed a censure motion against Maseeh, which was lobbied by the joint opposition. It was thrown out after the Elections Commission unseated some of the lawmakers that had signed the resolution, and the parliament had thus declared that the number of valid signatures on the petition fell below the required minimum of 42 to bring about a motion of no confidence against the speaker.