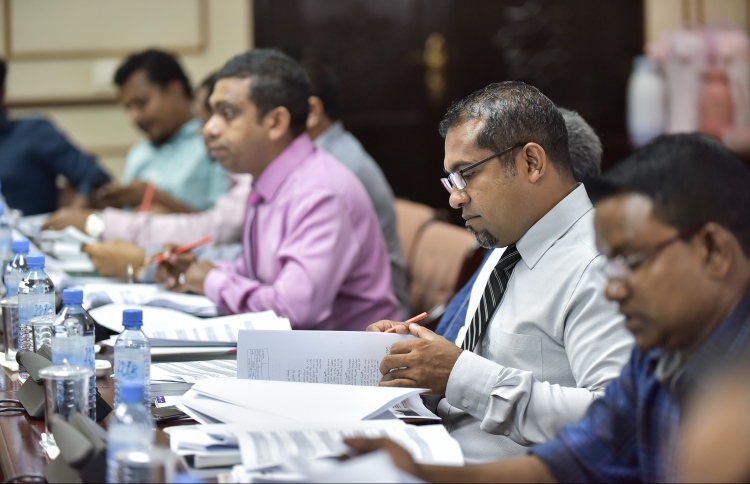 Parliament’s budget review committee on Monday passed the proposed state budget for the year 2018 with only one amendment.

The proposed budget of MVR 27.9 billion was passed with the consensus of the twelve parliamentarians of the ruling coalition present at the budget review committee meeting, while the opposition lawmakers chose to boycott this meeting.

The review committee had suggested to change the location of a project included in the public-sector investment program (PSIP) with three recommendations, though no change was brought to the expenditure of the project.

President Abdulla Yameen’s government has proposed a record budget of MVR 27.9 billion for the year 2018, estimating expenditures of MVR 24.9 billion and revenue of MVR 22.4 billion. The budget estimates that the government would receive about MVR 16.3 billion in various forms of taxes, MVR 858 million in foreign aid and about MVR 5.2 from other unspecified sources. The budget is expected to have a deficit of MVR 2.5 billion, which would be 3.2 percent of the GDP.