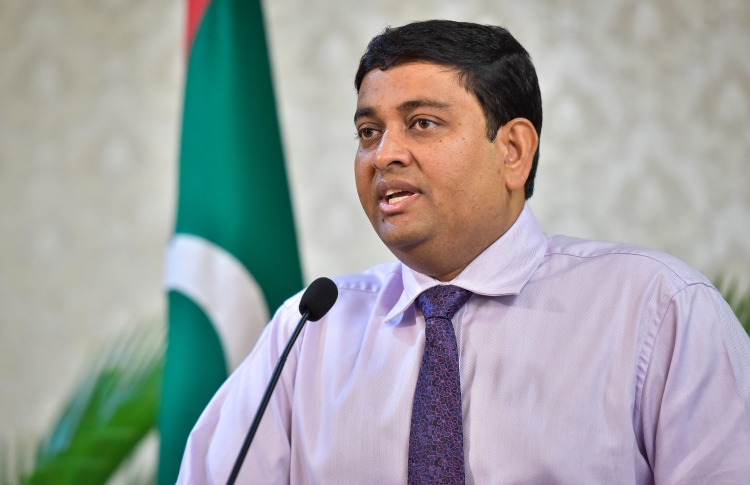 Opposition political parties have not responded to the government’s invitation again to hold all-party talks, stated Minister of Fisheries and Agriculture Dr Mohamed Shainee on Wednesday.

President Abdulla Yameen had extended invitations to commence the talks to all the political parties last week Wednesday, requesting them to submit in writing their suggestions and amendments for their desired reform within seven days. The president also extended the invite to his half-brother, former President Maumoon Abdul Gayoom, who is currently working with the joint opposition.

The state representative, Minister Shainee, had said in a press conference last week that the government is looking to hold the talks again in order to discuss the concerns of opposition parties, assuring that the administration is fully prepared to meet with all the political parties and sincerely consider their opinions.

However, a week on, not a single political party has sent in their submissions and concerns yet, said the minister. Former President Maumoon is also maintaining silence regarding the issue.

Repeating that the government will hold proper discussions with opposition leaders and representatives once their submissions have been received, Minister Shainee expressed hopes that the parties will accept the invitation.

The government has on multiple counts taken the initiative to call for all-party talks previously. However, the talks had fallen through due to prior conditions put forward by opposition parties, which the state had refused to meet.

The main condition put forward by opposition parties in the past was to allow their convicted leaders, who are serving jail sentences, to be allowed to participate in the talks. However, the state had refused to meet the condition and this time was no different. Minister Shainee declared explicitly last week that no prior conditions must be placed on the table by any party prior to the talks, and that any political leader that is incarcerated or convicted and about to begin a prison sentence will not be allowed to participate.

Meanwhile, MDP announced this Tuesday that the party will reach a decision regarding the all-party talks during its national council meeting.