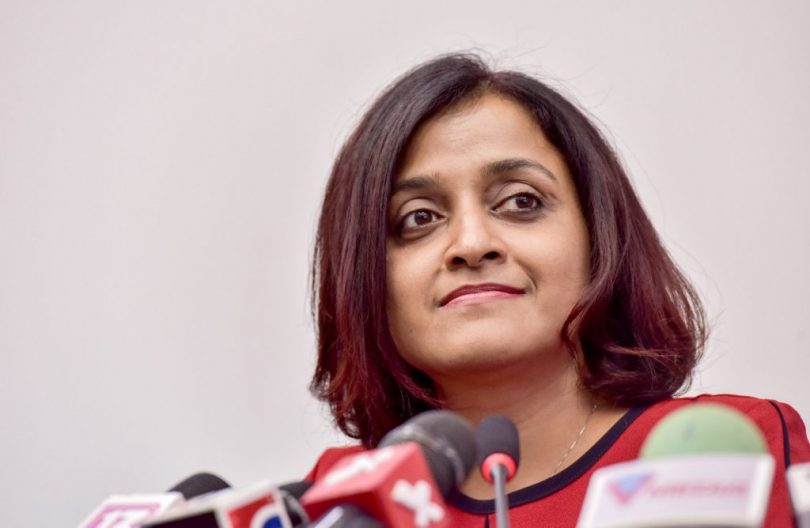 Former Minister of Foreign Affairs Dunya Maumoon on Wednesday called on the government to be extra vigilant in their fight against terrorism.

The message came after reports of two Maldivians being apprehended in a major anti-terrorism operation that took place in Malaysia last month.

A 29-year-old and a 33-year-old were arrested, along with 17 other individuals of different nationalities from Johor Bahru, Malaysia on August 7 after Malaysian police received intelligence reports of a major terrorist attack that was to take place in late August.

According to the Malaysian police, the two Maldivian men were not directly involved in planning the attack; however, the police had uncovered that they were using Malaysia and Singapore as a transit point to go to Syria.

Speaking to Mihaaru, the former foreign minister highlighted some good work initiated by the Maldivian government to counter terrorism. She highlighted how the government had established the National Counter Terrorism Centre to counter violent extremism.

“Clearly, we need to pay more attention to the matter at hand. We need to further strengthen the existing institutions and we need more public awareness on extremism,” Dunya said.

She said that terrorism poses a threat to tourism, which is the Maldives’ biggest revenue generator. However, Dunya acknowledged that terrorism and violent extremism are mostly social issues and that the government needs to emphasise social awareness campaigns more.

Statistics published by various relevant international bodies insist that the number of locals joining the Syrian conflict is at about 250 – which makes the Maldives the country with the highest number of insurgents in Syria per capita.

However, the government has consistently downplayed this figure; last year, the plolice had placed its official figure of the number of Maldivians fighting in Syria at around 180, whilst the Minister of Defence Adam Shareef had put it at approximately 49, stating that it was mostly made up of ex-convicts and school dropouts.