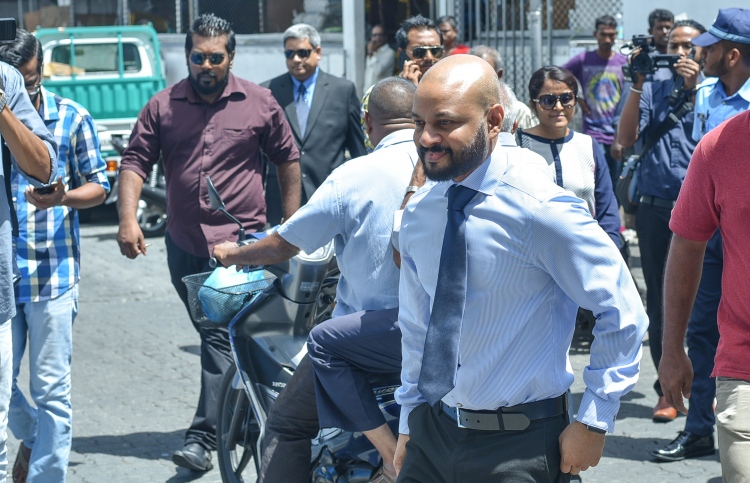 The legal team of Dhiggaru MP Faris Maumoon on Sunday protested that the statute of limitations had already passed when the prosecution amended the bribery charge against the opposition lawmaker, and thus his indictment is now invalid.

The lawmaker son of former President Maumoon Abdul Gayoom was arrested and remanded under a court order until the end of his trial, under accusations of bribing lawmakers to garner support for the opposition lobbied censure motion against the parliament speaker.

Hence, the lawyer demanded an immediate end to his client’s remand and to release him from detention.

Section 94 of the Criminal Procedure Act states that detainees must be charged within 30 days of their first remand extension. However, the section authorises the Prosecutor General’s Office to extend the period of investigation by another 30 days in cases of major criminal offences.