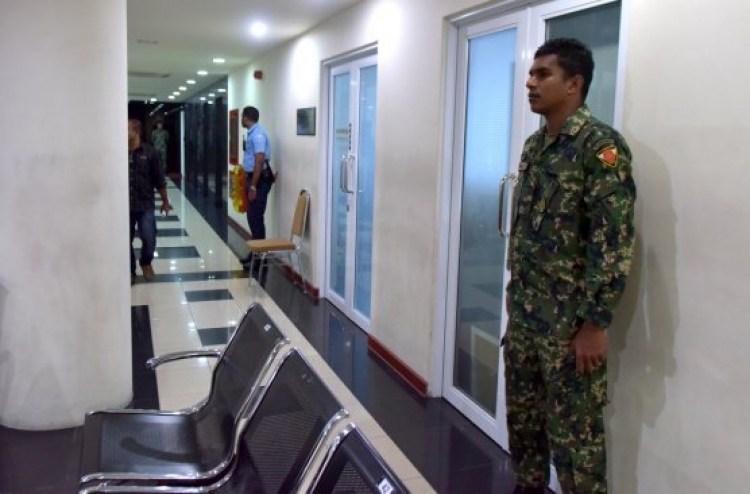 The Civil Court on Sunday ordered SOF Pvt Ltd, a local firm implicated in the corruption scandal of the Maldives’ main tourism promotion body, to pay MVR 160 million to the latter.

Maldives Marketing and Public Relations Corporation (MMPRC) had filed a lawsuit against SOF, seeking USD 10.7 million (MVR 160 million) that was owed to the tourism promotion body by SOF under a mutual agreement.

In the verdict read by Judge Hathif Hilmy of the Civil Court on Sunday, it stated that SOF had failed to prove that it had repaid USD 10.7 million of the money that MMPRC granted the private firm as promissory notes and loans.

Thus, the Civil Court ordered SOF to settle the payment within six months from the date of the verdict. The ruling was announced in SOF’s absentia as the firm’s representatives and defence did not attend the hearing.

The court had once thrown out the case earlier when MMPRC, as the plaintiff, was absent at a hearing. MMPRC had refiled the lawsuit later on.

SOF is owned by Mohamed “Moho” Allam Latheef, who is currently abroad and on the run after it surfaced that he was involved in the corruption scandal of MMPRC. The largest corruption case in the history of the Maldives, MMPRC’s scandal involved the embezzlement of a staggering MVR 1.2 billion state funds, which were acquired via island leases for tourism development, via the corporation. The investigation revealed that a hefty amount of the embezzled funds were distributed through SOF’s accounts.

Allam Latheef is a close friend of the jailed former vice president and also the main suspect behind a stash of weapons and explosives hidden in Baa atoll Hibalhidhoo island, which were discovered during the investigation into the blast aboard the presidential speedboat in September 2015.