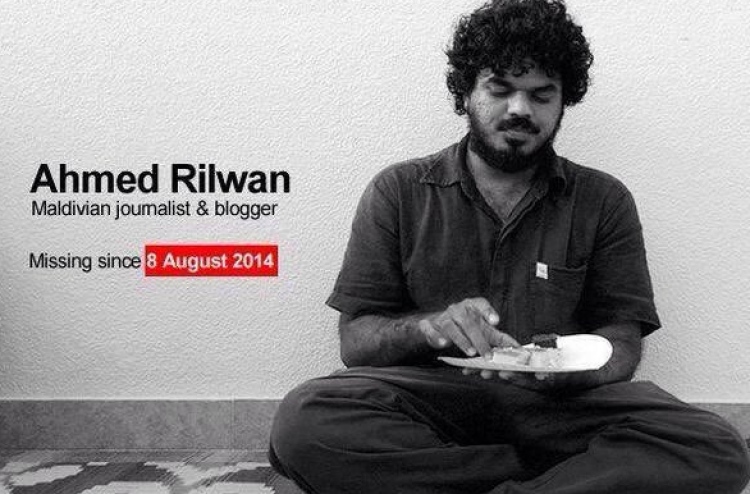 A suspect who is charged with terrorism over the abduction of Maldives Independent journalist Ahmed Rilwan has been declared dead by his family, according to the judge presiding over the case.

Mohamed Suaid, of Hulhudhoo ward in Addu City, is one of three individuals charged over Rilwan’s disappearance. His whereabouts were unknown at the time of his indictment. He had previously been arrested in April 2016 in connection with Rilwan’s case, but upon his subsequent release, he had fled the country, according to Maldives Police Service.

The Criminal Court held the first hearing of the terrorism case on Wednesday, during which Judge Adam Arif announced that Suaid was declared dead by his family when the court issued his summons.

The judge then questioned whether the prosecution had inquired into the matter before levying charges against Suaid. In response, the state attorney asserted that the prosecution had followed procedures but were unable to obtain any information other than Suaid having fled the Maldives as reported by the police.

Judge Arif stated that the court will come to a decision regarding Suaid’s charges after consulting with Maldives Immigration. The court will also then decide on continuing the trial for the other two defendants.

The other suspects charged in Rilwan’s case are Alif Rauf of capital Male and Mohamed Noordeen of Gaafu Dhaal atoll Vaadhoo island.

The Criminal Court granted the two 10 days to appoint a defence lawyer. However, the court warned that it will proceed with the trial if the defendants do not appoint an attorney without a plausible reason.

Ahmed Rilwan has been missing since August 2014. The police’s initial investigation revealed that he had been taken away in a red car near his apartment in reclaimed suburb Hulhumale on the night of his disappearance. His neighbours had reported hearing a man scream about three times from that area late that night. Rilwan’s neighbours also reported seeing a man “waving around his arm” from the open left door of the red car.

Further, after forensic analyses, the police had concluded that the DNA found in the trunk of the car matched Rilwan’s mother’s DNA.

All the suspects initially arrested in connection to the case were released.