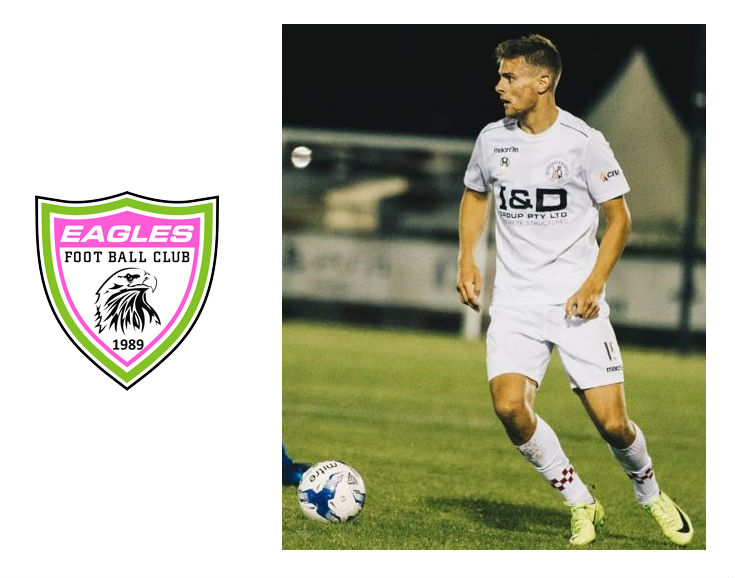 Daniel Dixon has signed for  Maldivian Premier League club,  Club Eagles FC for the remainder of the 2018  season.

The former Middlesbrough and Carlisle United youth player were over the moon when he learnt that Club Eagles wanted to sign him.  It is understood that Daniel Dixon, who holds dual nationality, will become the first Australian/British player to play in the Maldives.

“I cannot wait to get to Male and play in my first game next Thursday.  I have always desired to play in Asia some day.  It is a great honour to be the first Aussie/British to play in the League and hopefully, a few more will follow my pathway.  The club general secretary, Mr Mufaviz and my intermediary, Trebol Sports International have worked really hard to make my dreams come true and I am really thankful of that.”

The 23-year-old Victorian Premier League player is unfazed by the challenges and tasks ahead.  In fact, he has been doing his homework on the League ever since he sets his mind about playing in Asia.

“The standard of Maldivian football is very good and physical.  I am honoured to play for a great club like Club Eagles.  It will be a huge jump from the National Premier League Victoria to the Maldives Premier League but I am confident that I will be able to adapt to the team’s style of play soon.”

The attacking prodigy promises the fans that they will see “a player with creativity and flair and who loves to run at defenders and most importantly, score goals.”

“I will set some personal targets but I am more concerned about doing well in the League and hopefully get some silverware from the 2 cup tournaments.  I am ambitious and I want to help the club earn a spot in next season’s Asian club competition”.

This former Carlisle United and Middlesbrough youth team player is full of running and possesses lightning pace. Blessed with superb ball control, he is able to manoeuvre away from tight plays with a quick turn, dribbling or sudden acceleration. His good vision enables him to create opportunities for his fellow teammates as well as taking the chances himself. He has a knack for cutting in from wide areas to take long shots. With natural flair, he loves to torment defenders with his direct runs and trickery. He is often deployed as an attacking midfielder or in the wide areas but can also play as a striker with the same devastating effect. The underrated prodigy has a bright career ahead of him if he continues to progress at this astonishing rate.