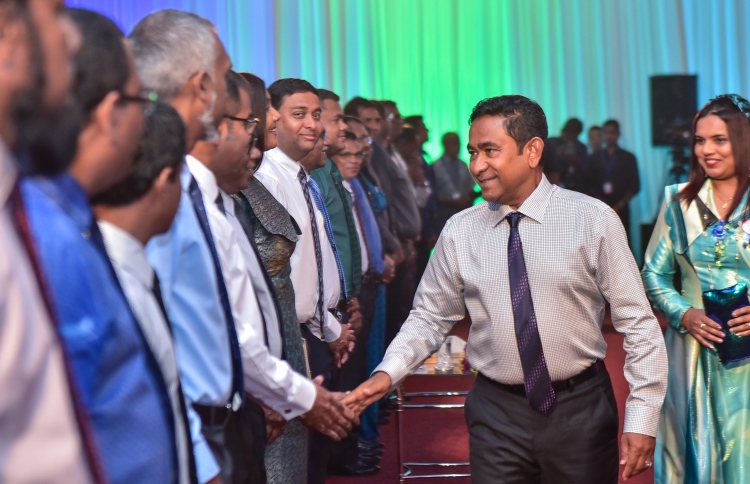 President Abdulla Yameen has declared that he has no plans to construct more jails for the youth, but rather he wants to engage the youth in activities that will strengthen and build the economy.

Speaking at the National Youth Awards ceremony held at Dharubaaruge convention centre late Sunday, the president stated that, with a booming economy, employment opportunities will increase, curbing the crime rate and the need for more correctional facilities.

Plans to construct a MVR 26 million jail in the island of Kaashidhoo in Kaafu atoll was originally included in the state budget for 2018, but the parliamentary budget review committee struck it off and allotted the funds for the land reclamation project in the island of Huraa in the same atoll instead.

The president further highlighted that the MVR 27.9 billion state budget for the year 2018 will deliver more job opportunities, enabling the youth to engage in economy building. He also noted that youth centric projects like building of sports complexes, loans for housing schemes and further studies will also be made available next year. He added that the tourism sector will also see a rise in employment prospects after the completion of four more domestic airports.

President Yameen further declared that an international standard football academy will be developed before the end of his presidential term. He stated that assigning the project to the Football Association of Maldives (FAM) is underway, with plans to start next year.