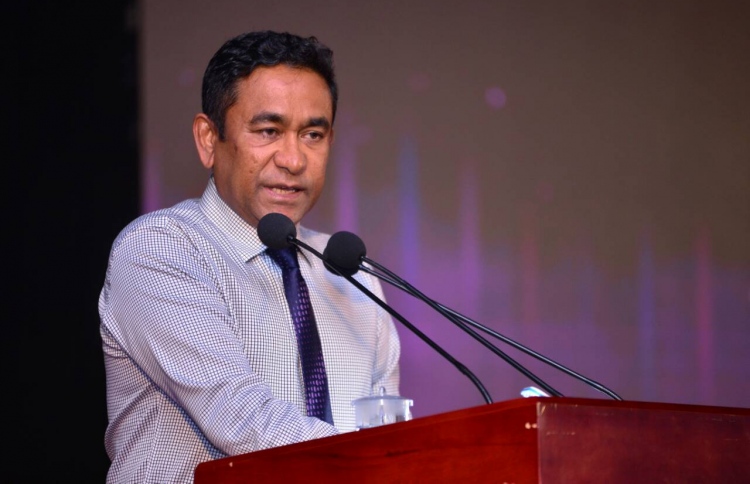 Loans are a vital necessity to develop and improve the state of the nation, declared President Abdulla Yameen on Sunday.

Speaking at the Youth Awards ceremony held at Dharubaaruge convention centre, the president responded to the opposition’s criticism of the government’s policy on acquiring large loans for development projects.

He noted that during the budget approval process in the parliament, which the opposition chose to boycott, the government received strong criticism for increasing the national debt. He defended the government’s reliance on borrowed funds for development, stating that the risk was vital for the progress of the nation and if the opposition were unwilling to take this risk, the future of the nation would look gloomy.

The president highlighted that the state budget for the year 2018 reflects hope for the youth as it promises to deliver more youth centric projects like building of sports complexes, loans for housing schemes and further studies.

President Yameen also emphasized the loan acquired to develop Velana International Airport. He stated that the funds were borrowed for development of the airport, in order to achieve the target of receiving eight million tourists in the next five years.