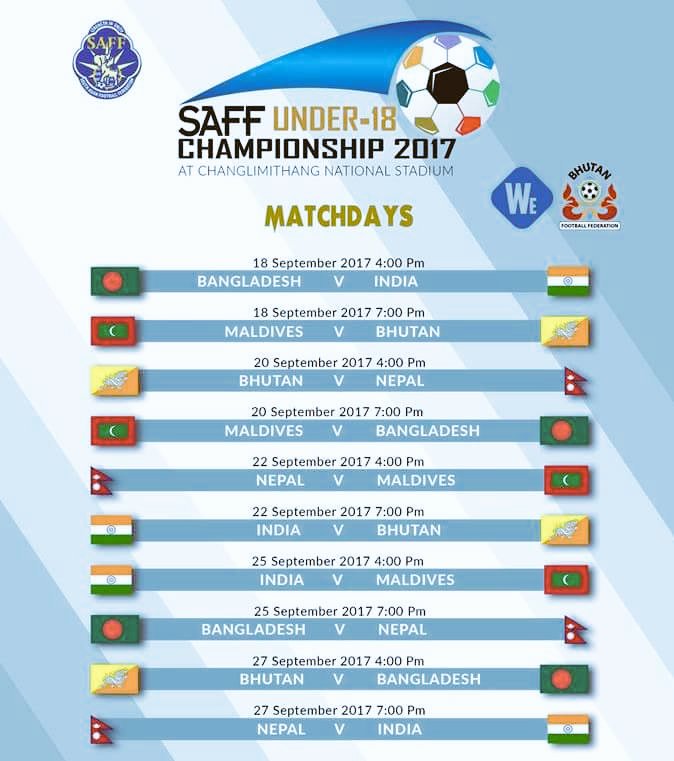 KATHMANDU: Defending champions Nepal youth team defeated Maldives 2-0 to register their first victory in the SAFF U-18 Championship at the Changlimithang Stadium in Thimpu on Friday.

Roman Limbu and Rejin Subba netted one goal each for Nepal who had faced a 1-0 defeat at the hands of hosts Bhutan on Wednesday.

Nepal took an early lead when Limbu opened the scoring in the seventh minute of the match, while Subba headed home the second goal in the 57th minute. Nepal came close to extending the lead in the injury time when they earned the penalty kick but Abhisek Rijal ended up hitting the woodwork.

Nepal will now take on Bangladesh on September 25 before wrapping up the tournament with a match against India two days later.