Former president Mohamed Nasheed was the target of vituperative speeches at a ruling party rally held to commemorate the failed coup attempt of November 3, 1988.

All the speakers at Thursday night’s rally sought to tie Nasheed with the violent attempt by a group of Maldivians and Tamil mercenaries to overthrow former President Maumoon Abdul Gayoom.

Some of the coup perpetrators were appointed to top posts in Nasheed’s administration, which stopped marking Victory Day, they said. A video clip of Gayoom saying during the 2008 campaign that Nasheed’s family was linked to the coup was played repeatedly throughout the rally.

“There’s no doubt that President Maumoon should be ashamed to scheme with Nasheed and his associates who carried out this barbarous, dark act,” said Majority Leader Ahmed Nihan.

He also accused Nasheed of allowing Abdulla Luthfy, the chief architect of the coup who was serving a 25-year jail sentence, to flee the country in 2009 by authorising medical leave in India.

The coup attempt was foiled after India deployed paratroopers and reclaimed the capital. Some 19 people, including soldiers and two hostages taken by the fleeing mercenaries, were killed.

Gayoom, whose 30-year reign ended with defeat to Nasheed, joined forces with his former rival earlier this year to form a united opposition against his half-brother President Abdulla Yameen.

Yameen attended the rally but was not among the speakers.

MP Nihan went on to allege that Nasheed spoke against flogging and favoured introducing religious freedom, a charge of being anti-Islamic that was repeated by other speakers.

The negative campaigning comes despite senior lawmakers of the ruling Progressive Party of Maldives declaring last Wednesday that Nasheed cannot contest the 2018 presidential election in response to his assertion that foreign pressure would secure his candidacy.

The opposition leader is ineligible to contest due to a 13-year prison sentence on a controversial terrorism charge. He was found guilty in early 2015 of ordering the abduction of a judge by the military. Nasheed was granted asylum in the UK in May last year after he was authorised to seek medical treatment there amid mounting foreign pressure.

Yameen’s speeches in recent campaign events have also heavily focused on Nasheed, recalling campaign attacks from 2013 and appealing to nationalist and religious sentiment.

In his speech, Health Minister Abdulla Nazim said opposition supporters were mistaken and “cowardly” if they think the European parliament or any foreign power could dictate to the Maldives. 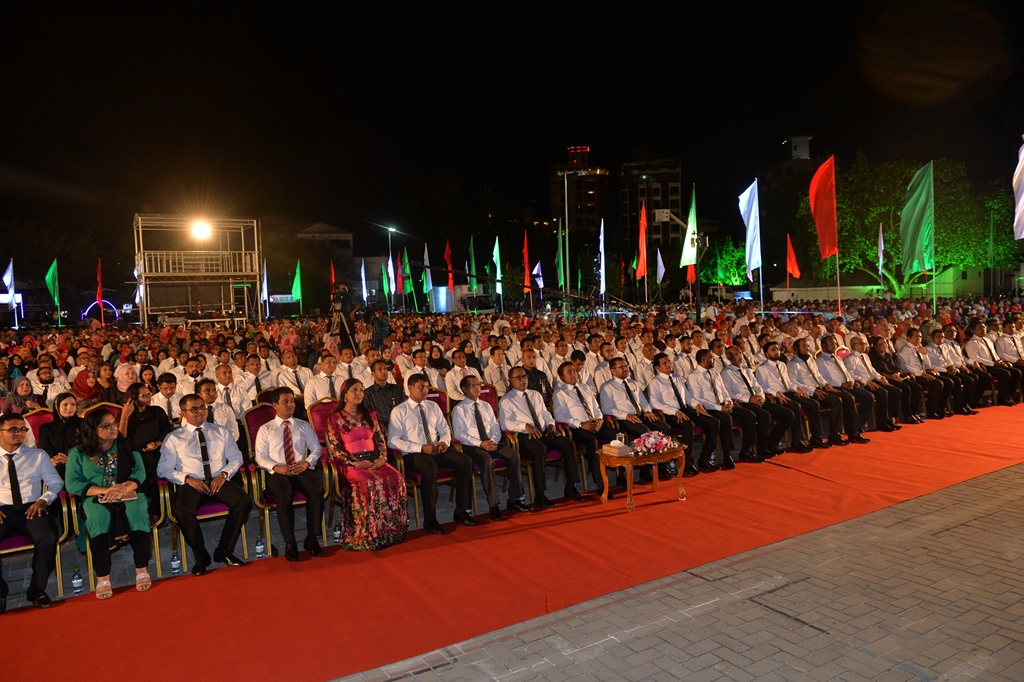 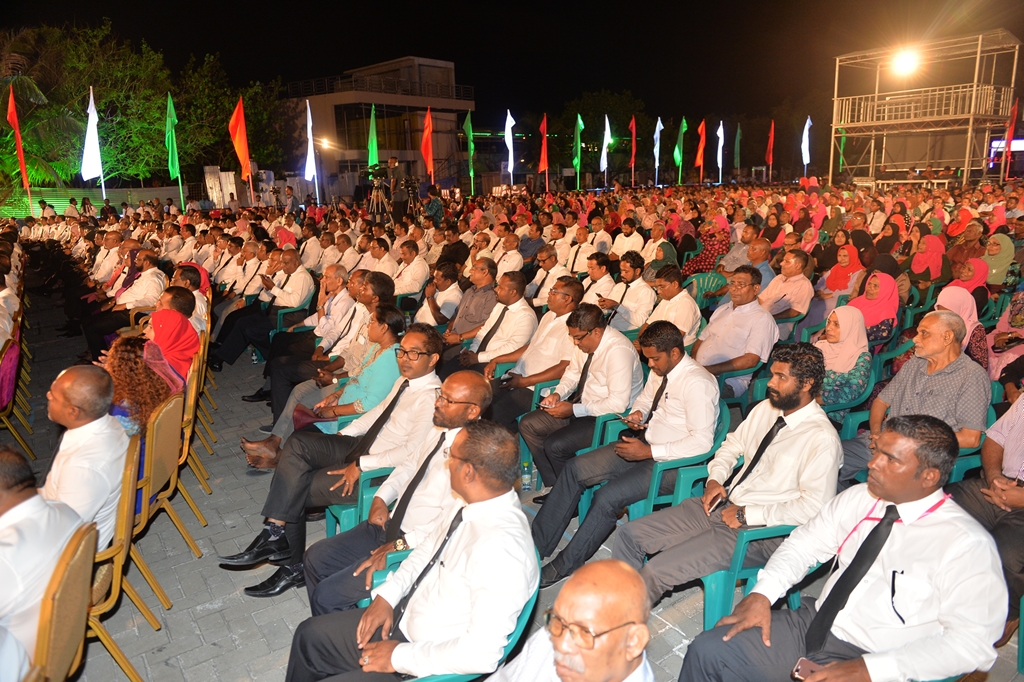 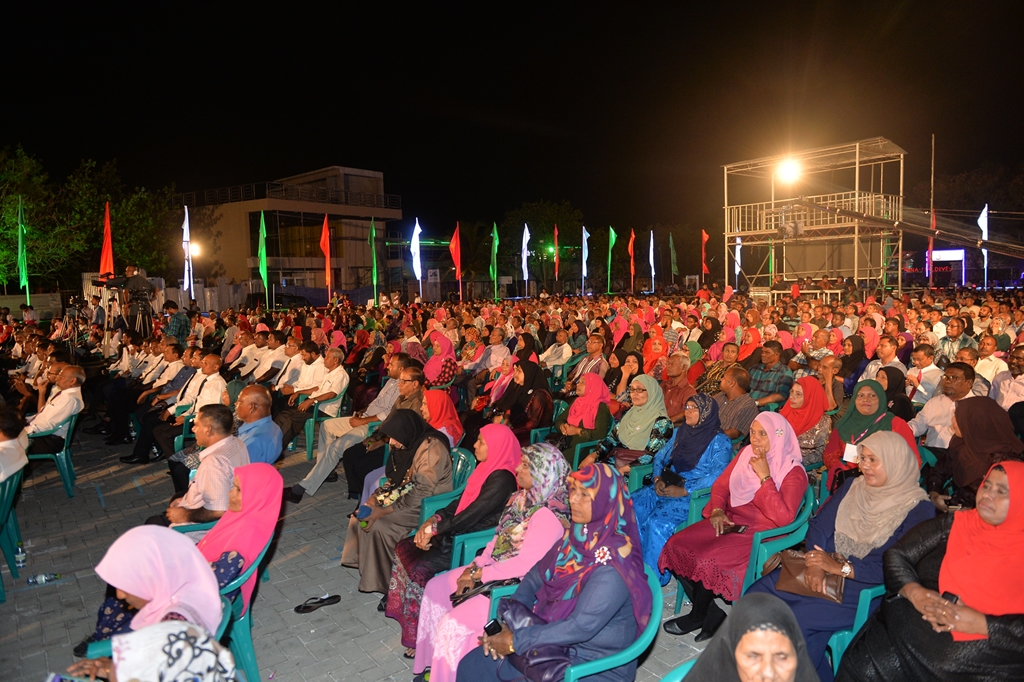