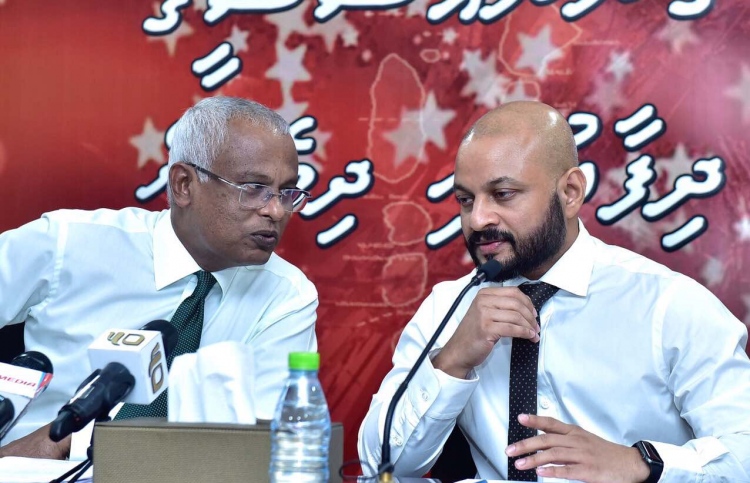 In an interview to the WION on his current trip to India, Nasheed stated in reference to the joint opposition, “We have agreed upon the MDP parliamentary leader Ibrahim Solih to be the new speaker and we have also agreed that Faris [Maumoon], President Gayoom’s son, would be the new deputy speaker.”

Voicing concerns over the current situation in the Maldives, the former president stressed that Speaker Maseeh must be removed from position, accusing him of turning around several legislations in violation of proper parliamentary procedures during his tenure.

“They have also tempered with parliament rules and they have tried their best to make the parliament a rubber-stamp institution,” he said, referring to the ruling coalition.

Declaring that the opposition has tried to reach out to the speaker to get the parliament functioning independently of the executive, Nasheed noted that the joint opposition has a certain legislative agenda to proceed with after removing Maseeh.

“We have a very clear understanding among ourselves on who would lead after the speaker goes – and believe me, the speaker will go,” he asserted.

In his interview, Nasheed highlighted that incumbent President Abdulla Yameen rose to power with a broad coalition, which soon fell apart after he came into government. He noted that President Yameen’s half-brother and former President Maumoon Abdul Gayoom, who had initially worked hardest to bring President Yameen to power, has also withdrawn his support for the current administration and has crossed over to the opposition.

Further, Nasheed declared that with a number of ruling party lawmakers crossing over, President Yameen has lost the super majority he had once enjoyed in the parliament.

The former president also shed light on the issue of four lawmakers being “illegally” unseated from the parliament by the Elections Commission. He went on to say that, after the MPs filed the case at the Supreme Court seeking a reversal, the top court is delaying the verdict despite deliberations having ended because President Yameen is obstructing the court.

Nasheed said that he would call on Indian diplomats and discuss the political situation of the Maldives in detail with them during this trip, which is his first visit to India since he was sentenced to jail for 13 years over the arbitrary detention of a judge during his presidency.