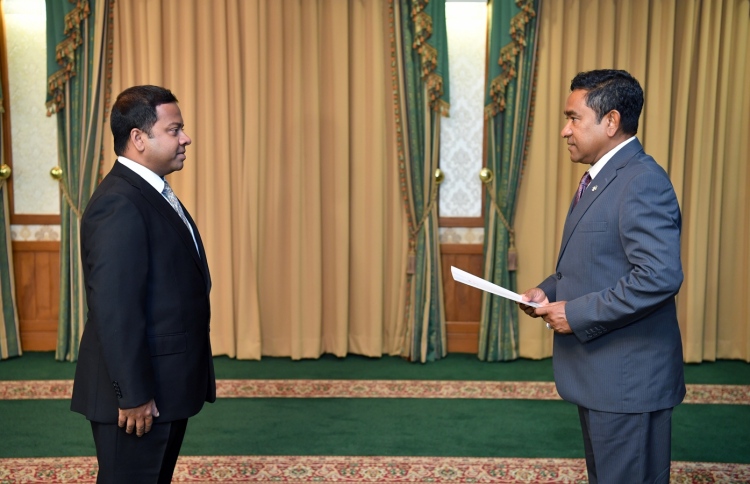 The original Dhivehi article was published on Mihaaru.com website on 18th September 2017. By Ahmed Hamdhoon

When the Maldives Ambassador-designate to Sri Lanka Mohamed Hussain Shareef (Mundhu) has said he himself will be out on the street to arrest ex-President Mohamed Nasheed, if the need arises to arrest him, is now faced with a backlash. When Mundhu has not yet officially taken his post, he is already subjected to immense pressure, with the opposition and Nasheed’s international lawyers having already released statements in response to Mundhu. Although Mundhu has not responded much to that, he shared details with ‘Mihaaru’ news yesterday.

Why did you say you will arrest Nasheed?

Nasheed was allowed to travel abroad for medical reasons while serving a Maldives prison sentence. For a special medical treatment or a surgery. In a similar manner, criminals have had travelled abroad in the past and escaped (people have got lost). They had fled or gone missing. For me, Nasheed them and are no different. We cannot apply a different rule to Nasheed or for each and every person in the Maldives. However, but he may be an important person since he is the president of his party and in the MUO, after former President Maumoon Abdul Gayoom. However, since Nasheed is a fugitive when a governmental institution such as a court issues a warrant, I wouldn’t hesitate to follow through. Since I am a public servant, If I receive orders, I would follow it. When that court order comes, I would follow it to the letter. There is also the other side. For instance, if I hear that Nasheed has become a resident of another country. Or is no longer a Maldivian. Or is holding a dual citizenship. Upon confirmation of all that, then he will be tried under a different jurisdiction. And then if I am instructed to leave him alone, I would do so.

When my credentials are presented, then we would all know. Or else if it goes on for like 6 months, President Yameen will also say something.

Isn’t he under British protection? So how would you be able to arrest him and bring him back? Isn’t Nasheed roaming freely abroad because the world has accepted him?

From where did Nasheed get protection? There is no written proof. I have not seen it. Nasheed send me proof, say you are no longer a Maldives citizen. Or, he can say that he does not possess a Maldivian passport. Or he has dual citizenship. And then I would follow the British law and deal with him accordingly. 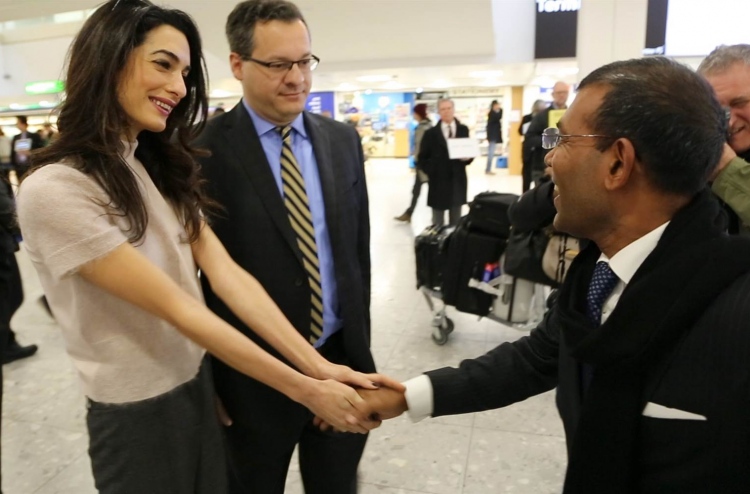 Didn’t his lawyers also say that he is under British protection?

A lawyer’s say isn’t enough. We need material evidence. Or else release the evidence to the media. Share the evidence issued by the British authority to ‘Mihaaru’.

Are you saying that the government has no documentary evidence of Nasheed’s protection?

I don’t know that. As far as I know, neither Nasheed nor his lawyers nor the British authorities have shared any information on the matter. Without proof, we would treat him as a Maldives citizen for now. Even though he is in hiding, he is still a Maldives citizen. If he is a Maldivian citizen then Maldives law will apply to him. Where Maldives law applies and the order issued by the institutions formed through that law, to which I will have to obey. If I don’t do that then I will become a ‘Nasheed’. Please clarify to me with papers whether he is a Maldivian citizen or a citizen of ‘Aneh Dhivehiraajje’ (The other Maldives – MDP slogan used in their first election campaign). Then we will know how to make a policy decision on him. If he has British protection, then we will deal with him as per the British law. If he is a British citizen, then we will respect British citizens.

So you are saying as long as he doesn’t produce material evidence, as per the treaties between Maldives and Sri Lanka, rules will apply to him?

It will definitely happen. Nasheed doesn’t fit into the prisoner exchange agreement. Nasheed fits into the extradition circumstance. Maldives government will have to send us a request mentioning the name of the person and instructions to return him. If we get that order, no matter who it is, we will follow it. 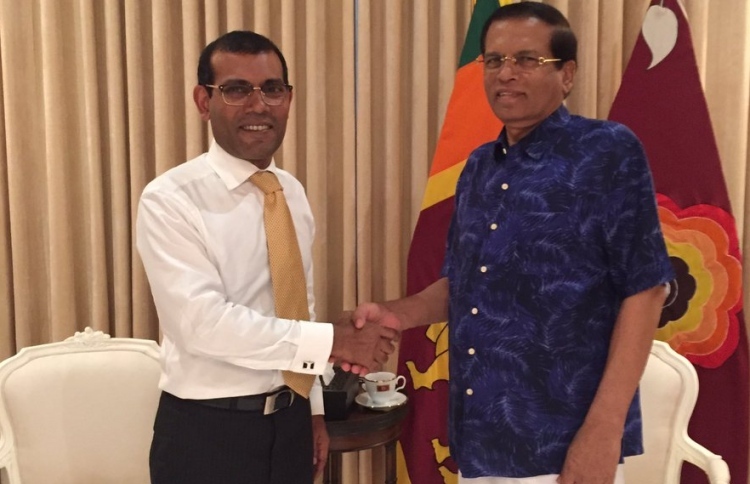 Apart from Nasheed, aren’t there Maldivians in the Sri Lanka who belong to the opposition, with their passports cancelled? Will you be taking similar actions on them as well?

We won’t treat anyone differently. We will deal with who you are referring to, in a similar manner, as of how we treat everyone. In Nasheed’s case, suppose court says that he used to be the president of the Maldives, he should be treated differently. Then from that point onwards, I will abide by it. It is a very simple matter.

I can only comment when such an event takes place. MDP is good at bragging. Since I took office, we haven’t faced anything like that. When the Sri Lankan government comments or takes action, then it will be viewed as interfering with internal matters of the Maldives. That is not something neither we, nor they have the authority to do. It cannot happen. My question is, why are Nasheed and his lawyers in Europe, suddenly scared? MDP has been preoccupied with counter-attacking me for 10 days now. If they have that much confidence why fear? If they have that much confidence, why not say that even when such an order comes to me they (Sri Lankan government) will not comply? And why not finish it at that? The last 3 foreign ministers are losing their sleeping over this. Nasheed’s entire cabinet is on this. Their tweeters are on this. And even Nasheed himself is on this. Nasheed and Aung San Suu Kyi’s lawyer Jared Genser is also on this. Amal Clooney is also on this. When Nasheed has so much confidence, why are they trying so hard? When they haul insulting tweets at me and my parents, it shows something else. I am not an ignorant person. If they assume when they launch verbal attacks at me, that I would relent, then they clearly don’t know me on a political level. I won’t change how I work. 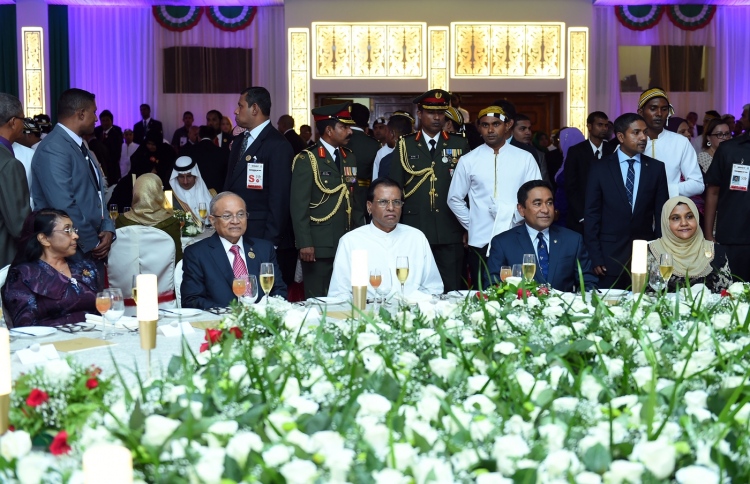 Hasn’t former Minister of Foreign Affairs Abdulla Shahid also said that your actions are not within the diplomatic line?

Abdulla Shahid used to be my previous boss. He used to make me do diplomatic work. And he served as the Foreign Minister of the Maldives. So it greatly delights me, when a person of a high stature like him, a foreign service expert, said that at me. He was very nice to me on the day my name was sent to the parliament for ratification as the Ambassador of Maldives to Japan. He called me and said that he normally doesn’t participate in such a vote. But since this is a vote for Mundhu, a person perfect for the job, a capable person, a person whom I know very well, I won’t return home without voting. Abdulla Shahid said those words. But now he is saying that I don’t understand diplomatic language. Interestingly, when it came to writing something in English, that Shahid would ask me to do it for him. I even wrote Dhivehi news releases for that person. So don’t try to teach me language. Even if its diplomatic language, or in general communications, I am fluent in both languages.

Some opposition members say that Sri Lankan government will not accept you as the Maldives Ambassador to Sri Lanka and that the delay of diplomatic accreditation is also for that reason.

Again, I won’t talk like Nasheed. When my credentials are presented, then we would all know. Or else if it goes on for like 6 months, President Yameen will also say something.

But hasn’t it always been the common diplomatic courtesy that the other country must first accept the appointee before the president of the Maldives appoints the ambassador? So in that case, Sri Lankan government must have already accepted you, isn’t that right?

That is why I am remaining silent without responding back to the opposition’s tweets. People who understand diplomacy would not speak like how they are speaking now. However, ignorant people like who only knows just to send a tweet like those twitter activists might not be aware. However, among them, those 3 foreign ministers are also there. It is what you call in English, ‘hypocrisy’. 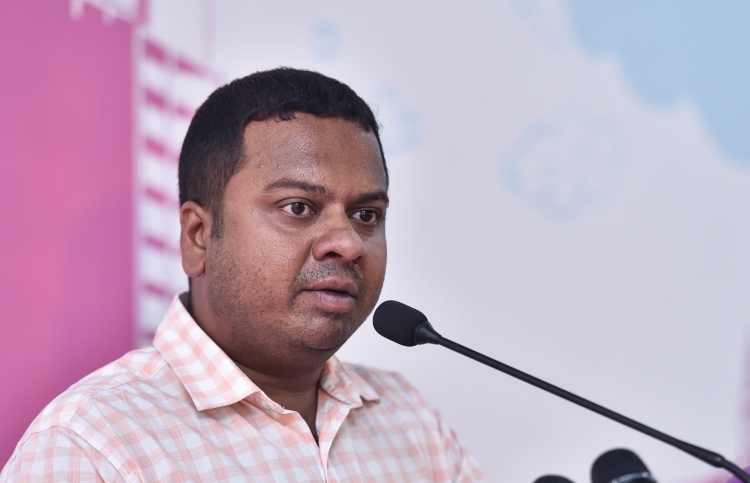 I see it for 2 reasons. If I am in Japan, I am not able to contribute much politically. Apart from being a council member of PPM, I am also the head of foreign relations. But it is difficult to do that while based in Japan. The other reason is that since there a lot of Maldivians residing in Sri Lanka, it is difficult to provide consular work. And President Yameen felt that it is more advantageous if a person like me is in Sri Lanka. 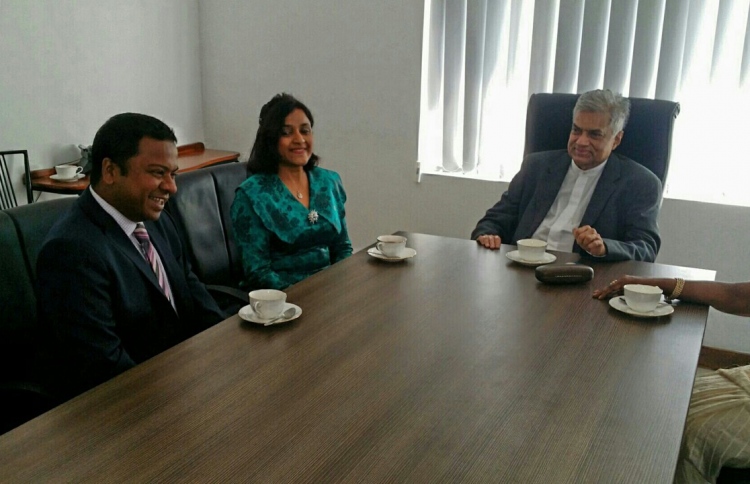 How much do you see the relations being developed between the nations, once you become the Maldives Ambassador to Sri Lanka?

I am not Nasheed. To declare ahead that this is how it will happen, but to change it to something else the next day. Nasheed is someone who visited 3 islands in Haa Alifu Atoll and announced plans of building 3 airports in the 3 places. I won’t be acting like that. I will strive to make relations between the countries better. The guarantee I have is that I am a person who had good relations with Sri Lanka from the very beginning. On a personal and professional level. Since I am familiar with Sri Lanka, that eases up things. It makes me laugh when the opposition tweets after tagging Sri Lankan president. I met President Maithripala Sirisena when he was the Minister of Health in their previous government. I even met him during a conference he chaired. After he became the president, I was the first foreign official sent to congratulate him on behalf of the president of the Maldives. President Sirisena himself said that on that day we met. On the day President Sirisena took office, I and former Minister of Foreign Affairs Dunya Maumoon met him. But now these people (the opposition) are talking as if they (Sri Lankan government) are people whom I don’t know.