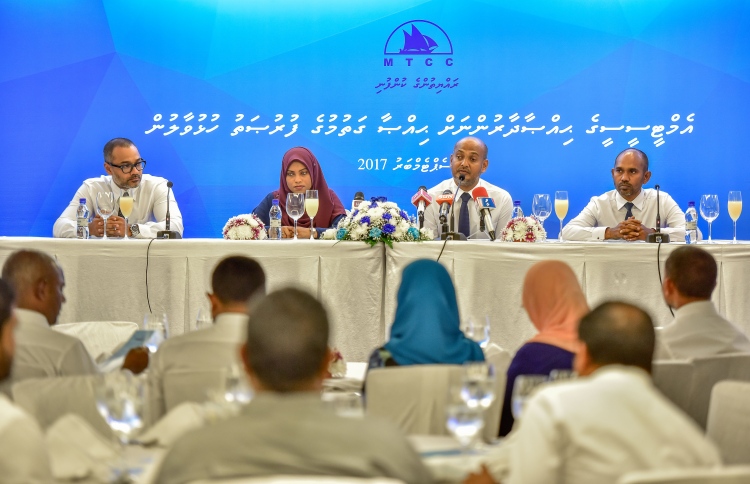 Maldives Transport and Contracting Company (MTCC) has announced to sell more shares to its shareholders to earn MVR 305 million to fund the commission of a dredger.

Speaking at a ceremony held at Hotel Jen late Saturday, MTCC’s Chairman Ahmed Niyaz declared that shares will be sold only to its shareholders, though another party may also purchase stock with the consent of a shareholder.

According to Niyaz, the company is looking to earn MVR 305 million to finance the commission of a dredger, which was built for MTCC in China by a Dutch company.

The chairman revealed that the government has loaned USD 11 million to MTCC to purchase the dredger, which will be later exchanged as equity. MTCC is looking to make up the rest of the funds via share sales.

MTCC plans to sell total five million shares in this round at a rate of MVR 62, from November 19 to December 3. Only individuals who are registered as MTCC’s shareholders by October 9 will be eligible to purchase shares.

Currently, there are 22,000 shareholders registered in MTCC.

Meanwhile, the commissioned dredger was handed over to MTCC in a special ceremony held in the Netherlands on Friday. It was received on behalf of the company by MTCC’s CEO Ibrahim Ziyath.