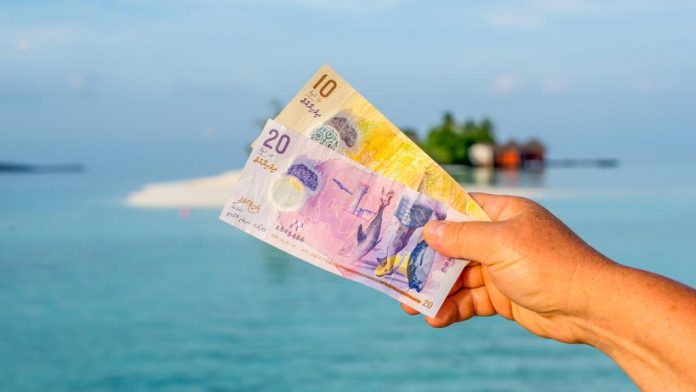 Maldives Monetary Authority (MMA) has revealed that the majority overdraw/monetize of MVR 4.2 billion to cover state expenses has been issued.

According to a report published by MMA at the end of July, the government has taken an overdraw/monetize of over MVR 4 billion from the authority. This, in turn, indicates only a few amounts are left undrawn from the MVR. 4.2 Billion requested by the government.

The overdraw has been issued to the government with regards to the financial downturns, economic struggles, and the expanses in the health sector of the country. MMA issued the overdraw for a request from Finance Ministry, with reference to the permissions given from the People’s Majlis.

Under the law of being responsible for government revenue, the number of loans taken from MMA by the government must stay at 1% of the average income generated in the past 3 years. This amounts to MVR 200 million. However, due to the fall in government revenue amid pandemic, this amount has been increased to MVR 4.2 billion by the People’s Majlis.

Monetizing here refers to taking loans from MMA/overdrawing money from the bank accounts of the government in MMA in order to manage the cash flow of the government. This will increase the amount of Maldivian currency flowing in the banking systems, thus increasing the money supply in the Maldives.

At a time where the tourism industry has been affected, an increase in Maldivian money supply could have a negative impact on the market of foreign currency in the Maldives. Given that the Maldives mainly depends on imported goods, if the Maldivian Currency increases in the country, the demand for US dollars will increase as well. Although this is the case, the cons faced by the foreign exchange market solely depends on the duration to which MMA monetizes and on the credit multiplayer during the duration.

According to some economic experts, overdrawing cash from MMA could cause problems in the future. From the perspective of them, the act of monetizing is equal to printing money and it will have the same impact on the economy. However, Finance Minister Ibrahim Ameer believes hat monetizing at a time like this will not create any further economic impacts on the country.