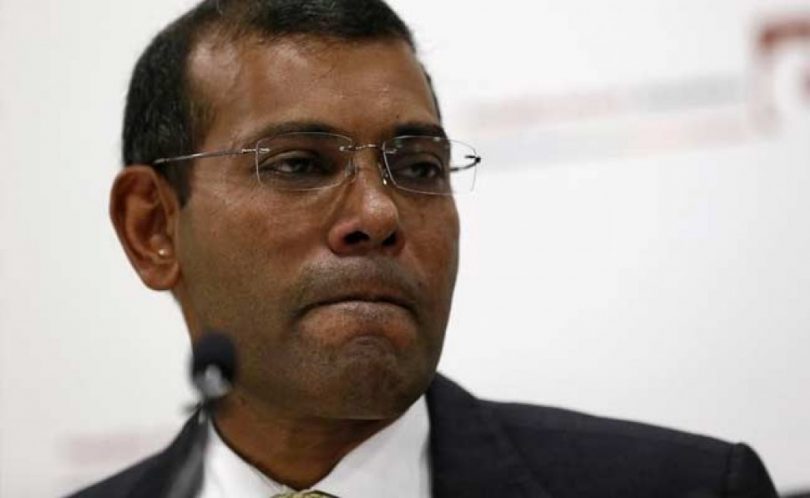 The original Dhivehi article was published on Rumaalu2.com website on 18th December 2017.

After obtaining court approval to get medical treatment for his spine, former President Mohamed Nasheed, who is in hiding ever since, fled from the UK to India, to seek their assistance to bring turmoil to President Yameen’s government. He went from one city to another, yet he was not able to achieve his purpose.

Nasheed who has a 13-year jail sentence, made several attempts to meet Indian Prime Minister Narendra Modi. Likewise, after requesting for an appointment for 6 times, he is still not able to get an opportunity.

According to sources, MDP and Nasheed is suspected by Indian authorities to have mislead India on certain issues. And because they didn’t take India’s advise and mislead India, some Indian officials does not even hold talks with MDP anymore. Among the politicians of the Maldives, the one figure that India talks to still is only President Maumoon.

An MDP official while speaking to Rumaalu2 said, during 2015, in a vote taken to revise a law in the parliament, India advised to vote against the revision. MDP didn’t do so. MDP instead prioritized their interest on Nasheed’s freedom.

The official revealed anonymously, that the said votes were about foreigners ownership of Maldives land property and the removal of former Vice President Dr Jameel from his office. Moreover, after signing of the Free Trade Agreement, an Indian official sent messages like ‘We lost hope in you’ to MDP’s top officials.

For years, India’s top agenda was to keep Maldives enslaved under India, economically. India kept instructing MDP to prevent the government from overturning it. However, even with MDP’s hurdles, President Yameen used his strategies and saved Maldives from India’s slavery.