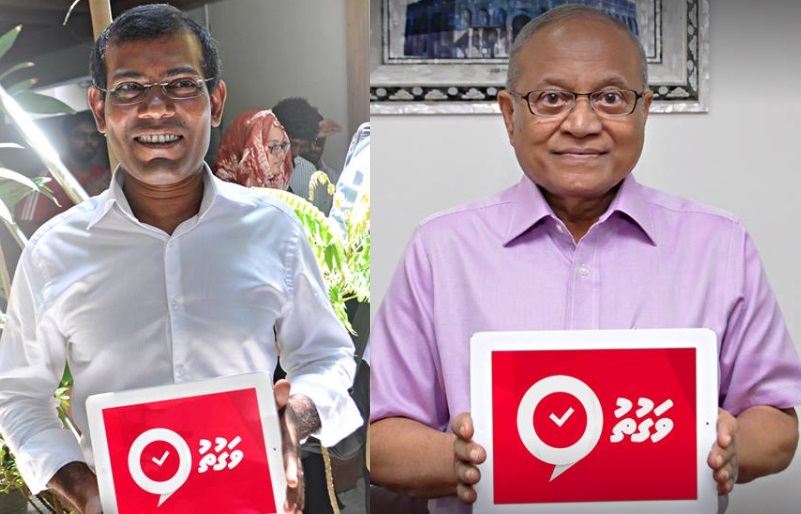 The original Dhivehi article was published on Rumaalu2.com website on 20th December 2017.

When local online news ‘Vaguthu’, covered a report on several threats India was making towards Maldives government, former President Maumoon and Nasheed burst out in anger. In their language ‘Vaguthu’ was not a suitable news source.

The reaction of Maumoon and Nasheed is commonly found in dictators. The media should write according to their policies. Politically their only way to succeed is by praising India, all the local news should follow suit. This is the way of thinking of Nasheed and Maumoon.

Looking at the report by Vaguthu news, what was highlighted was irrefutable. Former top Indian officials said Maldives’ regime should be changed with force, with weapons by the Indian navy, on a live program on an Indian channel.

And next is saying Vaguthu news is at fault and calling it a ‘government news’ by supporters of Nasheed and Maumoon. The answer to that can be seen from the image above.