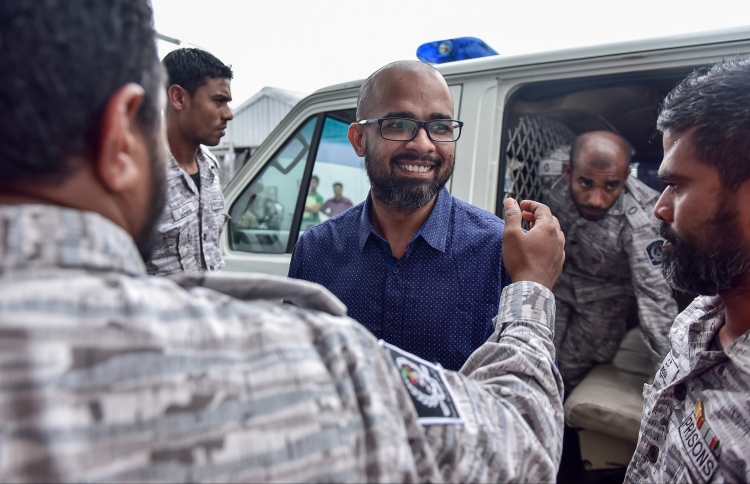 Over 33 charges have been levied against the former Managing Director of Maldives Marketing and Public Relations Corporation (MMPRC), Abdulla Ziyath, and the hearings for the individual charges will commence on Sunday, the Criminal Court has revealed.

Ziyath, who was widely implicated in the 2015 MMPRC corruption scandal, is already serving an eight-year sentence for embezzlement. In July, Ziyath faced additional 25 charges of corruption, and in August, the Prosecutor General (PG) forwarded seven more cases against the former chief of MMPRC.

Whilst Ziyath faces a fresh cache of charges, he was taken to court earlier this year over more corruption allegations. Authorities had not revealed the details of the case, but it was believed that he was taken to court then over the issue of a land plot that Ziyath purchased from reclaimed suburb Hulhumale during his tenure at MMPRC, using state funds that were allegedly earned by leasing the Mathiveri sandbank in Alif Alif atoll, under his younger sibling’s name.

The MMPRC corruption is the largest financial scandal in the Maldives on record so far, and allegedly over MVR 1.2 billion, which was acquired through fraudulent island leases for resort development, were embezzled through the firm. An Al-Jazeera documentary titled “Stealing Paradise” exposed that much of the stolen cash had been delivered directly to the president’s residence, as claimed by an aide of then vice president Ahmed Adheeb.

President Abdulla Yameen had remained mute on the wild allegations that arose after the documentary aired, until last month when he said that the “money that entered [my] house was not lawful” at a ruling Progressive Party of Maldives (PPM) rally.

Acknowledging for the first time the allegations in Al-Jazeera’s expose that the president had received the embezzled funds, President Yameen declared, “That money did not enter box by box into [my house] alone. Ahmed Adheeb was the one who expended for the people we wanted to elect, by any means, for the parliament. Thus, the money that entered my house was not lawful without a doubt. If the parliament members I mentioned can believe this, I urge them to resign from their posts.”

The president had conveniently pinned the whole scandal on the jailed former vice president, and in turn, Ziyath as well, and assured that he will have the stolen funds returned to the state treasury, adding that finding the embezzled cash was necessary to restore his own honour and reputation as well.