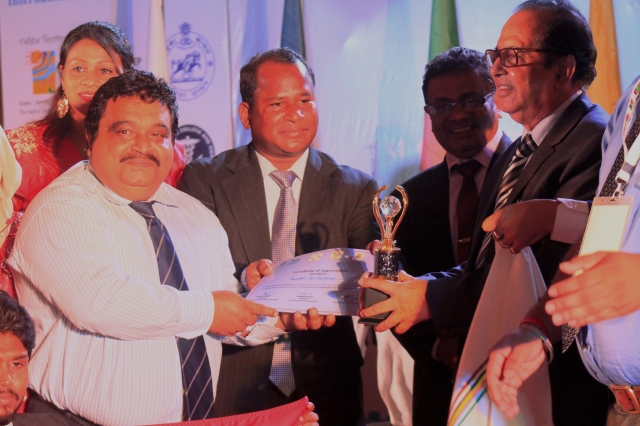 Awards were announced at the closing ceremony of SAYS 2017, held at the Swoti Hotel in Bhubaneswar City this Wednesday night.

The Best Country Award was received by the entire Maldivian delegation participating in the Summit, lead by Maldivian government’s representative at the SAYS, Director General of Ministry of Youth and Sports, Ahmed Zaki Ali and Founder and President of RAFY NGO, Aisthath Rafiyya.

Rafiyya, who is also an International Youth Committee (IYC) Ambassador won the Best Ambassador Award and the Global Youth Award 2017.

The Global Youth Award is the highest youth award by IYC. Rafiyya won the award for her work in empowering women in Maldives.