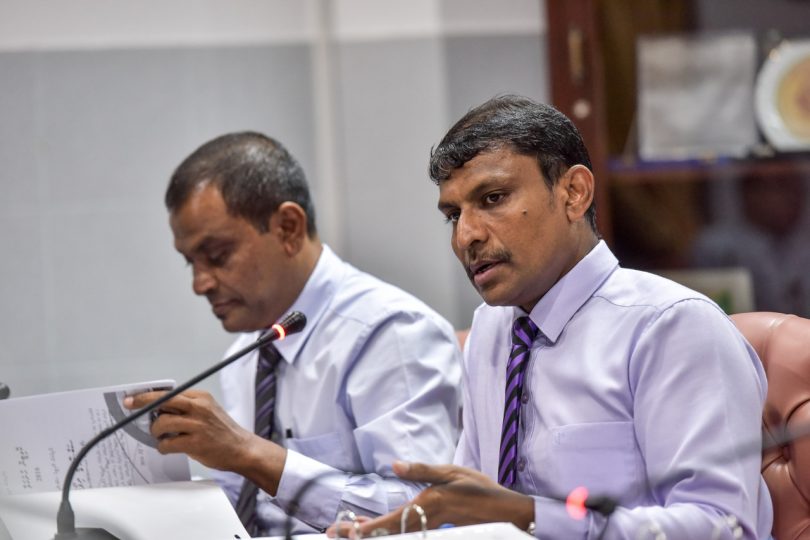 The Ministry of Housing and Infrastructure did not divulge the specifically requested details on how 661 flats from this government’s first social housing project were given to applicants, revealed the parliamentary Committee on Oversight of the Government on Thursday.

The housing ministry had announced the list of flat recipients from its first housing project in reclaimed suburb Hulhumale earlier this month, without revealing the identities of the recipients or how points were given to those that had applied for the flats. Following a petition submitted by opposition lawmakers over the lack of transparency in flat distribution, the oversight committee had unanimously agreed on September 20 to ask the housing ministry to inform them of the details on how flats were distributed.

While the housing ministry had responded to the parliamentary committee this Tuesday, the committee’s chair and lawmaker of Vilufushi constituency, Riyaz Rasheed, told Mihaaru on Thursday that the housing ministry in their letter had detailed only the policies used in distributing flats. The ministry had not provided any information on the recipients or the point system, which had determined who should be given flats.

MP Riyaz allowed that the personal information of flat recipients is not a detail that should be necessarily shared with lawmakers.

He added that he is working to hold a meeting of the oversight committee sometime Thursday to discuss the housing ministry’s response to the committee’s request.

“Parliament members are currently in recess. We’ll hold a committee meeting if the members can attend,” he said.

Meanwhile, some committee members have tried to obtain the information provided by the ministry, but were denied.

Member of the oversight committee and lawmaker of Addu Meedhoo constituency, Rozaina Adam stated that information provided from ministries and other institutions had previously been shared with members via email, or individually upon request. However, she said that the parliament secretariat had denied her request to access the ministry’s information as “Riyaz had instructed not to give that information to the members”.

She slated MP Riyaz for refusing to share the contents of the housing ministry’s letter with the rest of the committee members.

However, MP Riyaz hit back at the criticism, claiming that committee chairs sharing information provided by ministries and other institutions with committee members before holding an official meeting is not a policy followed in the parliament.

MP Rozaina also criticized the housing ministry’s oblique method of refusing to provide the flat distribution details that were specifically requested by the government oversight committee. Noting that the Constitution mandates government institutions to divulge any information as requested by a parliamentary committee, she warned that the housing ministry’s refusal provides an opening to litigate Housing Minister Dr Mohamed Muizzu.

“Refusing to share information wanted by the parliament is something started by this government.”