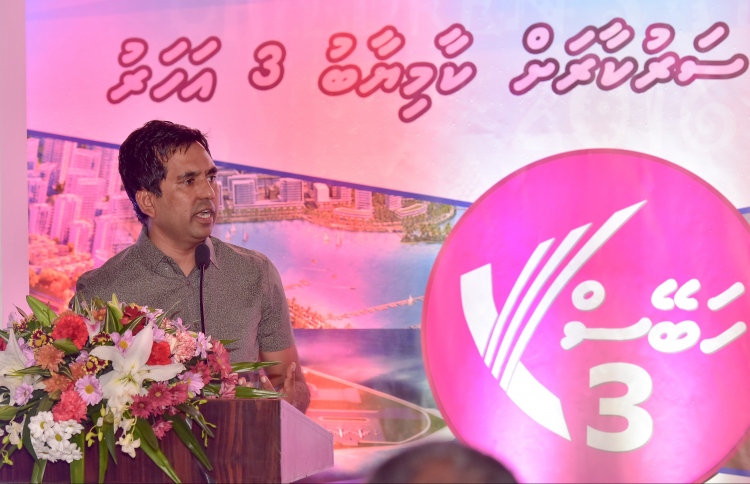 Minister of Economic Affairs Mohamed Saeed on Tuesday night called on all opposition leaders to abandon their antagonism and support the endeavours of President Abdulla Yameen instead.

Speaking at ruling Progressive Party of Maldives (PPM)’s rally in Raa atoll Meedhoo island to campaign for the vacant parliament constituency of Maduvvari, the minister proclaimed that the rapid progress of the Maldivian economy is outstanding in the Asian region. He attributed all credit of this success to the president.

Enthusiastically lauding President Yameen for his “astounding” economic prowess, proactive stance and virtuousness, the minister went on to say that if it were one of the opposition leaders at the helm of the nation, they would be unable to face the challenges the Maldives is up against “and would resign and flee out of fear the next day”.

Describing President Yameen as a capable ruler never seen before in Maldivian history, Minister Saeed urged the joint opposition, including the president’s half-brother, former President Maumoon Abdul Gayoom, to follow the incumbent de-facto leader and increase support for his government.

Noting that the state is conducting development projects amounting to MVR 120 million in Meedhoo alone, which he described as a far cry from the lacking development during the 30 years of former President Maumoon’s rule, Minister Saeed stressed the importance of electing President Yameen for a second term. He claimed that Yameen is the only leader with a vision to shape the future development of the Maldives.