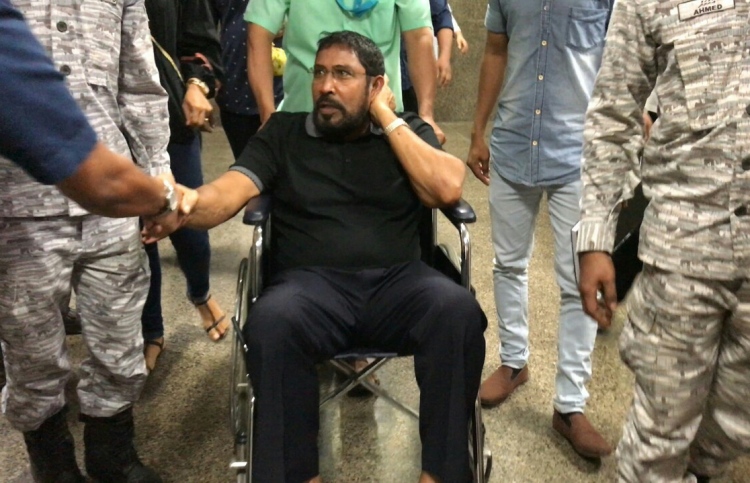 Maldives Correctional Service (MCS) on Monday night revealed that it will be taking action against opposition Jumhoory Party (JP)’s leader Qasim Ibrahim for not returning to the Maldives before his medical leave expired.

MCS did not specify the action that would be taken against the opposition leader.

Qasim, who was given a three-year, two-months and 12-day sentence for a bribery conviction is currently in Singapore being treated for a serious cardiac problem.

He was initially given 10-days medical leave on September 6; however, after Qasim’s family consulted with his doctors, they had appealed for a leave extension of three months, till December 2017. MCS had refused at first, but after his lawyers filed the official medical documents, including letters from Qasim’s physician which explicitly stated that he needed to remain hospitalised for further treatments.

However, according to MCS spokesperson, the former Maamigili MP was supposed to return on Monday, September 25 – before his leave officially expired.

JP sources, on Monday night confirmed that Qasim had even gone to the airport to fly back to the Maldives before his leave expired. However, the authorities at Singapore Airlines did not allow him to board the plane “due to his critical health condition, as per the doctor’s recommendation”, the party’s sources said.

“After reviewing the documents submitted by [Qasim’s] lawyers, we have no plans of extending his medical leave yet,” the spokesperson from MCS responded.

The next course of action for MCS would be to consult the police in order to apprehend the local business magnate and bring him back, he added.

Qasim’s lawyers to court over his medical leave 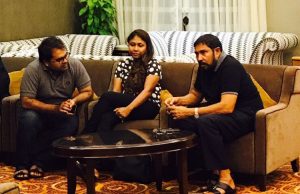 Meanwhile, Qasim’s lawyers late on Monday night revealed that they have taken the matter of his medical leave to the Civil Court.

The opposition leader’s lawyers released a statement claiming that MCS was denying Qasim his fundamental right to seek medical treatment by dictating when he should return to the Maldives to serve his sentence. They had also criticized MCS for handling Qasim’s medical leave as another administrative detail when his physical well-being was in jeopardy.

His lawyers had said that the matter was taken to court because MCS was acting outside its jurisdiction and ignoring procedures it was required to follow. MCS’s arbitrary decision is a clear violation of the law, they added.

His lawyers have since appealed MCS to extend his medical leave until Qasim is cleared for travel.

According to Qasim’s doctors, he suffers from coronary artery disease which causes the main coronary arteries of the heart to narrow, and if the narrowing becomes critical, the patient can develop chest pains and shortness of breath among other symptoms.

His doctors had recommended, in writing, several times to keep Qasim under observation before and after his heart surgery, which he underwent last Wednesday, and advised him not to fly out for another three months while he is recovering.