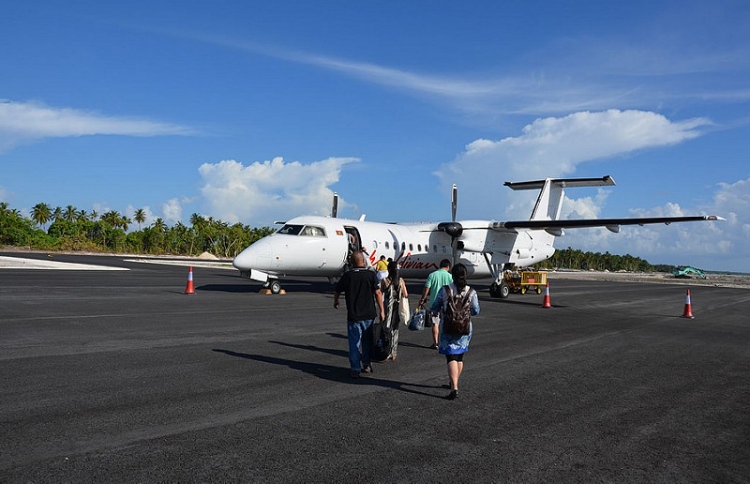 The original Dhivehi article was published on Mihaaru.com website on 25th September 2017.

Kooddoo Airport is set to officially open later today after the renovation to accommodate bigger aeroplanes.

In President Nasheed’s tenure, the airport was handed to Singapore’s Buona Vista and completed in almost 6 months. This domestic airport was officially opened by President Waheed on 10 September 2012. After an extension of the runway to 1800 meter enabling to land jets, the airport was further developed by the current government by handing over to Singapore’s Keong Hong Construction company in collaboration with Maldives Resort and Hotel Construction company.

Kooddoo Airport inauguration ceremony will be graced by President Yameen, later today. The 68 water villa Mercure Maldives Kooddoo Resort which had been developed along with the airport is also set to be officially opened today.

After the refurbishment when Kooddoo airport reopens it will be a Code – C category airport that is able to land Airbus A320 (180 passenger plane), Boeing 737 (190 passenger plane) and all other class private jets as well.