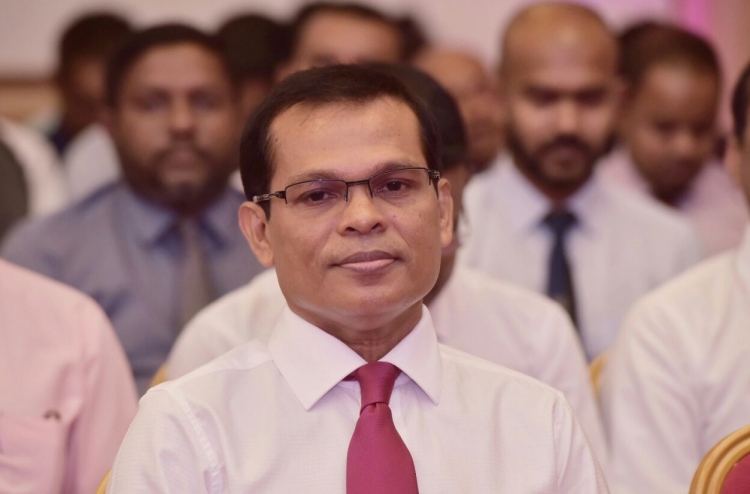 The original Dhivehi article was published on the Mihaaru.com website on 24th March 2017.

The political sphere of the Maldives now lies upon the vote on one person. The motion to be tabled next Monday could be a vote that will change the Maldives’ entire political arena.

This vote has become so important for these reasons. Day and night both sides are preparing for this test due to these reasons. Many believe it is a life or death situation. This vote is important to all the sides. That’s why it has become the prime focus for all politicians. The ‘army’ to defend Maseeh is one large army. The opposition has also amassed an army of a size that would make a huge impact. The result will be out on March 27th. A big day… a very big day.

The benefits and losses to the opposition

The opposition has been chanting in one tune saying making the government responsible through the Parliament is locked in ‘shackles’. Behind the scene, Maseeh has been differentiating amongst the members by favouring those with his political views. Therefore the opposition is confident of winning this vote.

They are thus describing winning this vote against Maseeh as an important step forward. With this, there are opposition members who believe ousting the Deputy Speaker Reeko Moosa will become as easy as eating a ‘candy’.

According to Dhiggaru member and son of PPM President Maumoon Abdul Gayoom, Faris Maumoon, in order to reform the nation, there is no choice but to oust Maseeh from the post of speaker. For that reason, in the interest of the nation, the opposition in unison had to stand on one footstep.

“Motive is very clear, to redress national issues, but no further than that. We are doing this because if we do not raise our voices now, we are afraid of the consequences. Therefore members should stay motivated and do not be afraid if you are with us with the grace of Allah you will be safe and protected”, said Ahmed Faris Maumoon, son of Maumoon Abdul Gayoom and the member of Dhiggaru constituency, during a joint press conference by the opposition held at Mookai Suites yesterday.

There is a reality that the entire opposition unanimously agree that if they win the vote of no confidence against Maseeh, work on national reform process will officially begin.

Kendhoo constituency’s Jumhooree party member Ali Hussain says that if the speaker can be replaced the benefits to the citizens are immense. In that way, the rights that have been “robbed” from the public can be restored and it will be a golden opportunity to “wash and clean up” the Independent institutions.

One of the biggest concerns the opposition has is that all the powers are in the “fist” of  President Yameen. Ali Hussain said that large government projects awarded to private companies are also facilitated with sovereign guarantees for the loans they take to undertake the projects and these are given without the deliberations of the parliament. The fact that islands can be leased without tendering is a door open for corruption and they will change these things.

“Corrupt practises of the government cannot be stopped due to the influence and power of PPM members and Speaker Maseeh, but we will bring an end to this”, Ali Hussain said.

The opposition is determined to reinstate the two amendments brought to the Constitution, after winning the vote against Maseeh: 65 and above cannot contest to be President and allowing foreigners to own land.

“If the vote against Maseeh is passed, a democratic environment can be formed, the government can be made responsible. The government will then be hesitant to do things that contradict the laws and regulations” Ali Hussain said.

Some members of the opposition believe that Monday’s vote is the most crucial vote for the nation right now. They see that they might not get a chance like this again.

How members of the Parliament are comprised:

Benefits and losses for the Government

One reality the pro-government members believe is they are trying to oust Maseeh, not because of his own faults and there is no truth in any of the reasons given by the opposition to oust Maseeh.

In a function held on Wednesday at Dharubaaruge, even President Yameen said that the opposition is taking this vote due to unfortunate situations the former Presidents and some political leaders are facing,  which have made them emotional and due to the contempt they hold towards the government. The President portrayed Speaker Maseeh as the “sacrificial lamb”.

“This is because of some hope and more than that, the jealousy towards the government. I cannot see anything else from this. There is no issue of Maseeh. It is not because of an issue of Maseeh. But since something has to be slaughtered, maybe this is that sort of thing”  President said in the function held to commemorate the signing of new members to PPM.

A PPM parliamentarian in support of President Yameen said Maseeh was elected as speaker by a large majority. If they are able to defeat the no-confidence motion that will show that there is public confidence in the government more and also they will have the satisfaction of defeating an opposition undertaking.

“Internationally people will notice, the confidence of the government will be elevated and will earn more respect,” the member said.

He also said that if the no-confidence motion is successful and if Maseeh has to resign as the speaker, that will be a huge loss for the government. While the majority of the Parliament is held by the coalition supporting the government this will be a nice example that shows there are cracks within them.

“That will show they do not accept Maseeh. What will follow is the no confidence vote of the Deputy Speaker, it will be an easier vote for the opposition to win. The opposition will then get things done like a set of firecrackers exploding”, the member said.

The vote of no confidence of the speaker of the Parliament is taken in an open session. All the members have the opportunity to participate in the deliberations. The public will see how each member votes. The question is while the government has the ‘super’ majority of the parliament will members of the ruling coalition be able to close their eyes and vote against Maseeh? The opposition keeps saying to face the fear and overcome it. The pro-government members answer to that is there is no reason to vote against Maseeh.

This is the picture we see now;  who will be successful in this vote is unknown. Both sides are saying they will win this vote and that they have total confidence in it.