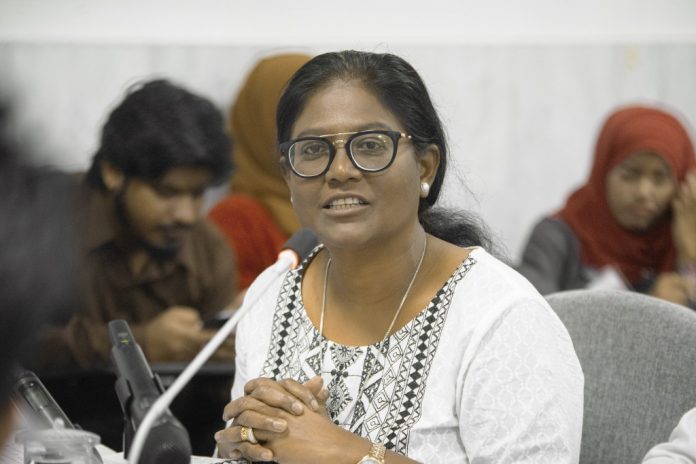 Male’ City Mayor Shifa Mohamed has revealed that they will be seizing stalls in the Traveler’s Market with migrants as vendors.

The Parliament’s Decentralization Committee held a virtual meeting with the Male’ City Council to discuss the concessions lease rates charged on vendors.

In this meeting, Shifa said the council had now finished the redevelopment of the market and was signing lease agreements with vendors. She further said that any violation of the policy will be met with the seizure of stalls.

In the meeting, she noted that any leaseholders wishing to employ another person as the vendor has to disclose the information about the vendor to the City Council.

She highlighted that they will be prioritizing those leaseholders who had worked there before the redevelopment when granting stalls. Also, will be deducting marks from those who have violated the policy before.

After the redevelopment, the traveller’s market is now equipped with a CCTV camera surveillance system.

She also stated that lease agreements have already been signed with 116 vendors.