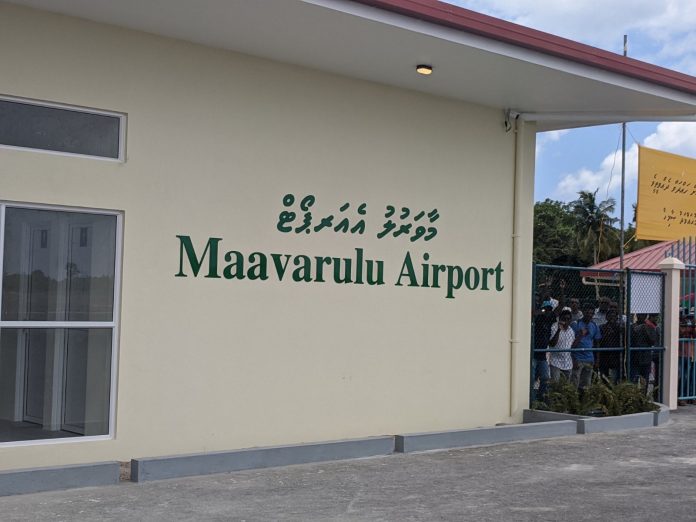 The national airline of the Maldives, Maldivian has announced that they are scheduling flights to G.Dh. Maavarulu airport starting from 1st July 2020.

According to Maldivian the ticket fares for Maavarulu valued at MVR 827. With the opening of the new airport, G.Dh and G. A. Atolls combined will have three airports where the Atoll is considered to be one of the biggest in the country geographically.

Test flights were initiated for the new airport on 11th March 2020 as all of the works were completed and were scheduled to be opened on 20th March. However, due to COVID-19, the scheduled operations of the airport was not initiated.

The airport consists of a 1200 meter long runway, parking area, taxi-way, and the terminal where the project valued at MVR 57 million was contracted to Maldives Transport and Contracting Company (MTCC) during the year 2018.