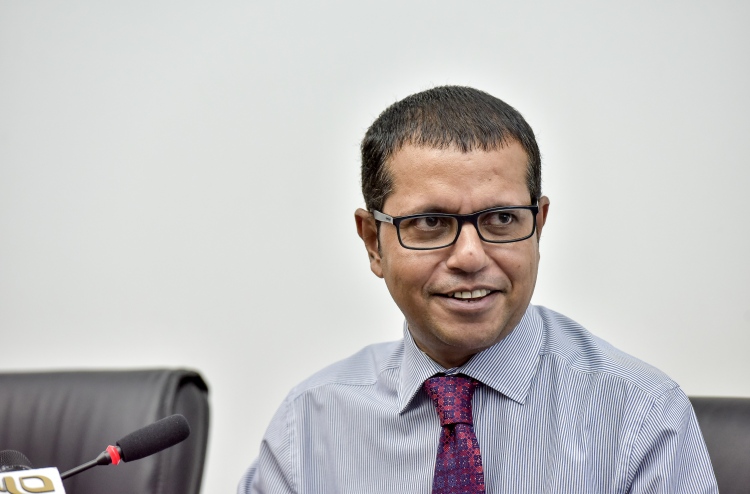 The permanent appointee to the United Nations from the Maldives, Dr Ali Naseer —

The permanent appointee to the United Nations from the Maldives, Dr Ali Naseer on Monday assured that no country will influence how the Maldives is going to cast its votes at the 72nd UN General Assembly.

Speaking to the national broadcaster Public Service Media (PSM) via Skype, Dr Naseer said that the Maldives will say what it has to say, and take necessary actions without hesitation, when it has to.

The comments from the Maldives’ representative at the UN came after the opposition accused the ruling government of “selling out” its foreign policy to please potential investors.

Speaking at an opposition rally, North Henveiru MP Abdullah Shahid had said that the Maldives abstaining from the vote to include the debate on “the responsibility to protect and the prevention of genocide, war crimes, ethnic cleansing and crimes against humanity” on the formal agenda of the UN Assembly, clearly indicated that the Maldives’ foreign policy is being influenced.

He alleged that the Maldives’ decision to abstain from the vote was instructed by China, who was among the 21 countries that opposed the debate, while 117 countries had voted in favour of it.

The debate was deemed crucial – especially for Maldivian citizens, who have been adamant in denouncing the recent genocide against the Rohingya Muslims in Myanmar. The government was immediately under fire, with people claiming that its decision to abstain from the vote indicated failure to follow through with its verbal stance against the plight of the Rohingya.

However, Dr Naseer had maintained that the UN vote had nothing to do with the conflict in Myanmar directly. He said that the Maldives is working with the UN in many other ways to provide relief for the Rohingya.

He also assured that the Maldives will be taking part at the UN debate specifically addressing the Myanmar crisis scheduled to take place on October 27.

Dr Naseer further told PSM that the international community recognises the Maldives’ efforts to maintain diplomacy with other countries.

The opposition has been heavily critical of the Maldives’ budding relationship with China and continues to call out on its deteriorating relations with one of the Maldives’ oldest and closest allies, neighbouring India. Opposition claims that China has tge Maldives in a “debt trap” with the Chinese government funding most of the government’s infrastructure projects, such as the bridge between the capital Male and airport island Hulhule, through commercial loans.