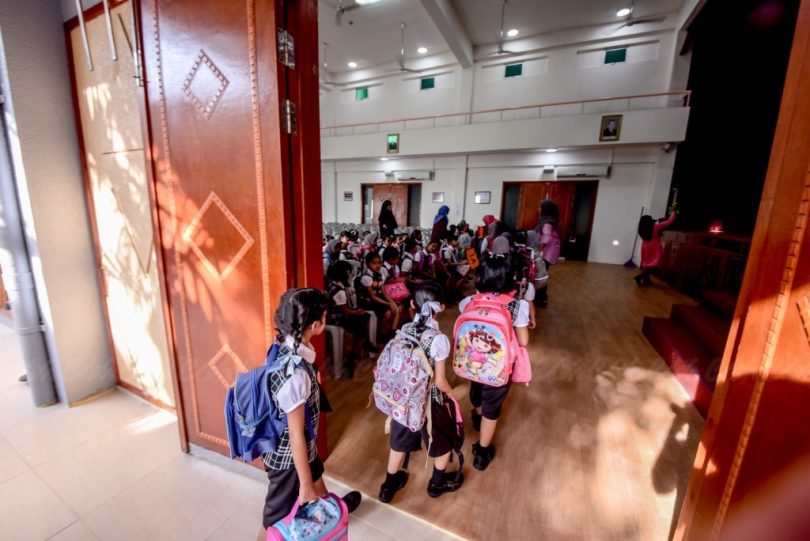 The original Dhivehi article was published on Avas.mv website on 15th January 2018.

Most of the time, bullying starts at school. It is not a simple matter when a child who liked going to school, suddenly stops liking it and becomes lazy, without any reason. It is not something to take lightly. Compared to adults, bullying is something in itself that weakens the child mentally very easily and it makes the child resent themselves. Although, this is a matter that has been difficult to solve in many countries, even in countries like India, suicides due to bullying, had risen to an alarming rate. For a small country like the Maldives, this is an epidemic that the whole country will suffer.

From time to time, bullying cases in the Maldives schools crop up. However, most of the time, when such a thing happens to a child, it dies halfway, without the necessary first step being taken and not considered it as an issue. Which leaves the bullies open to another opportunity. And the victim becomes depressed and ultimately gives into to the torments.

Yesterday schools resumed after a long break. Amidst the many happenings of the start of the new school term, last night voices were raised about a Facebook post about bullying by a small girl’s parent.

The schoolgirl who is in one of the Maldives’ most populous school’s primary grade was mobbed by her whole class for having her hair cut short.

‘Because my daughter had her hair cut short, she was bullied when she went to school. On the first day of school, she went to school with a high expectation. However, now she doesn’t want to go back to school. Is it a crime to cut the hair short?’ her father raised the question.

‘A similar thing happened to my child. When that happened, I shared that with the school children’s parents Viber group. Give support to your child. Don’t let bullying get to her,’ one parent commented to the post.

If after the first day of school, a child doesn’t want to go back to school, it is a worrying issue. If that happened in school, then the school must take it as a serious matter and take action. And they have to raise awareness of bullying to students.

Bullying is a social problem. When children are not taught and made aware of subjugation, of different people’s behaviours, disabilities, and the importance of acceptance and inclusion, aggressive behaviour like bullying could be present in them. The biggest step towards prevention of bullying is not allowing it to happen. In schools, teachers have a big responsibility in it. If it is happening in their homes or outside, then the family should look into it.