The original Dhivehi article was published on Avas.mv website on 21st January 2018.

Every time a concern arises in the tourism industry, Maldives Association of Tourism Industry (MATI), stands up. MATI comprising Maldives tourism industry’s most powerful businessmen earlier used to be very active on matters. Actively engaged on issues. MATI was seen especially very active when they loudly protested to the previous government’s decision to increase taxes, boycott tourism and closure of resort spas. However, they haven’t said anything regarding police and customs’ operation following the issue of the court order to remove liquor from Villa resorts. Therefore, many are criticising MATI for that. Some are saying MATI is sleeping. The others say MATI is not saying as they are scared of the government. Regardless, to date, MATI has not said anything regarding the issue. During a time when the whole country is erupting with emotions and the public opinion is aplenty, MATI hasn’t uttered a single word on the matter.

‘An association like MATI must say something on issues like this. This is a matter that is directly connected to the tourism sector. We really don’t know why MATI hasn’t said anything about it,’ a senior official of a major local travel company said anonymously.

Apart from those in the tourism industry, people from the political actors also keeps criticising MATI on social media. Some has described MATI as just there to attend the tourism fairs.

MATI’s current Chairman is also the Chairman of one of the largest tourism company in the Maldives, Universal Resorts’ Mohamed Umar Maniku (MU Maniku). The others as Vice Chairman are, Crown Company’s Director Champa Hussain Afeef (Champa Afeef) and Villa Group’s Chairman, Qasim Ibrahim. Politicians say that the top officials of MATI are compromised in a way that they cannot say anything critical of the government. In the opportunities given by the current government, there are investments of theirs which are entirely new. They expanded their businesses than before when the current government took office. Therefore, the politicians say to protect their investments they cannot stand against the government. However, the frequently asked question by everyone is that the situation that Qasim’s resort is facing today can be something that can happen to theirs too. Therefore, putting their interests aside, in defence of the whole industry, there is no reason why MATI shouldn’t say a word. 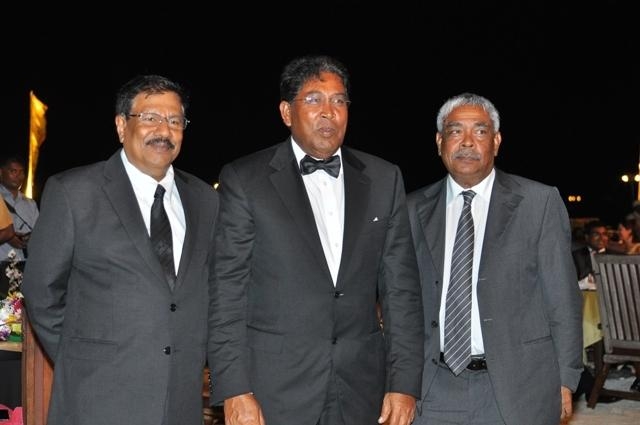 Although MATI has not said anything on the issue, tourism representative associations like MATATO and Association of Travel Agents (ATA), has expressed their concerns. ATA said due to such actions, it will not just greatly affect the resorts but also the liveaboard industry and lose trust. And MATATO has called to solve the matter peacefully as soon as possible, as what Villa resorts are facing won’t be good news the guests planning to visit the Maldives resorts will be hearing.

After claiming that alcohol and pork have been taken to Villa resorts illegally, a police and customs investigative team raided and rummaged Royal Island, Fun Island, Paradise, Holiday Island and Sun Island last Wednesday. And the team stayed on the resort islands till Thursday, the court order’s due date. However, they didn’t confiscate any of the items from the resorts. However, with a fresh court order, all the liquor were confiscated last night by customs from the warehouse of Fun Island Resort.

Nonetheless, it is difficult to make out the head or tail of the matter. Rumour has it that they will empty out the liquors from the remaining warehouses of the Villa resorts as well. Meanwhile, MATI has not said anything regarding this huge issue.