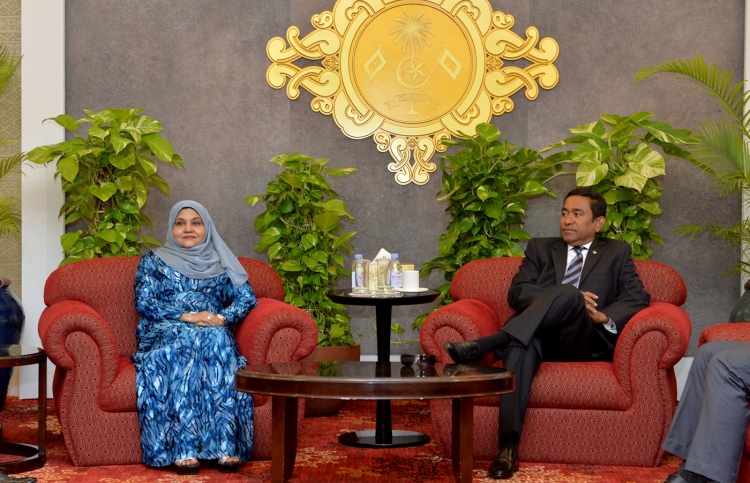 President Abdulla Yameen and the First Lady Fathmath Ibrahim on Monday departed to the United Arab Emirates (UAE) on an official visit.

According to the President’s Office, president Yameen went on the invitation of the country’s President Khalifa bin Zayed Al Nahyan.

He will be engaging in official discussions, and sign four agreements on different sectors of development, including the expansion of the Velana International Airport, the President’s Office also said.

The president was accompanied by Minister of Foreign Affairs Dr Mohamed Asim, Minister of Economic Development Mohamed Saeed and the Minister of Environment and Energy Thoriq Ibrahim on his visit to the UAE.

Maldives first established diplomatic relations with UAE in 1978. Since then, ties between the two countries have been strong, with UAE contributing over MVR 400 million to the Maldivian government for various development projects over the years.

Most notably, the Maldivian government had sub-contracted the construction of the runway at the Velana International Airport to a UAE-based company.