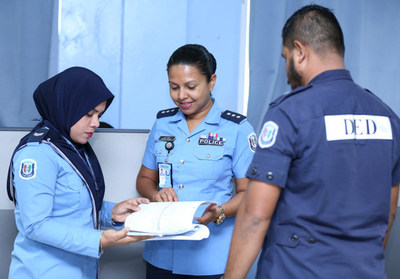 The Maldives has the highest percentage of female police officers in south-east Asia and, according to two serving Chief Inspectors, that figure is set to rise within the next few years. 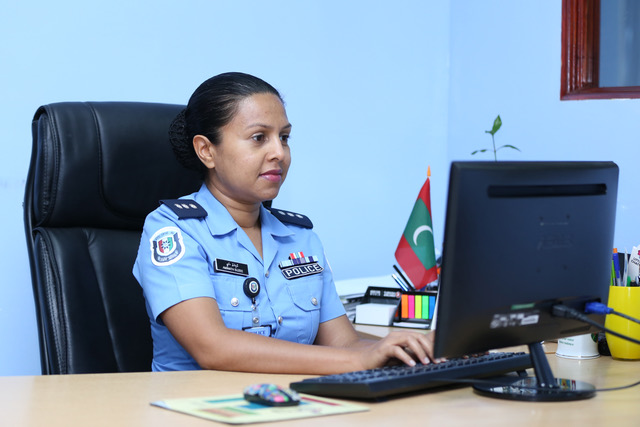 “We are actively trying to encourage more females in the service,” says Aminath Suzee, the country’s female Chief Inspector of Police. “There are a number of reasons why women, despite being academically more gifted than many of the men, do not join up. This includes cultural and religious reasons, as well as the desire to stay at home and look after the family, and also the misguided thought that this is a chauvinist place that favours men. But the service clamps down very hard on any claims of sexual abuse, and in my opinion is a great place to work.” 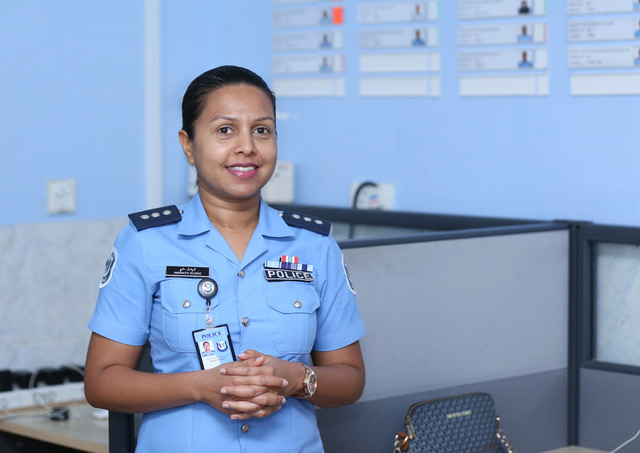 This view is echoed by Izmia Zahir, also a female Chief Inspector. “We say: ladies, come and join the police force. There are lots of disciplines under one umbrella. You can work in finance, investigations, forensic labs, you name it, there are lots of opportunities. If you like a challenge this is the place to work.” 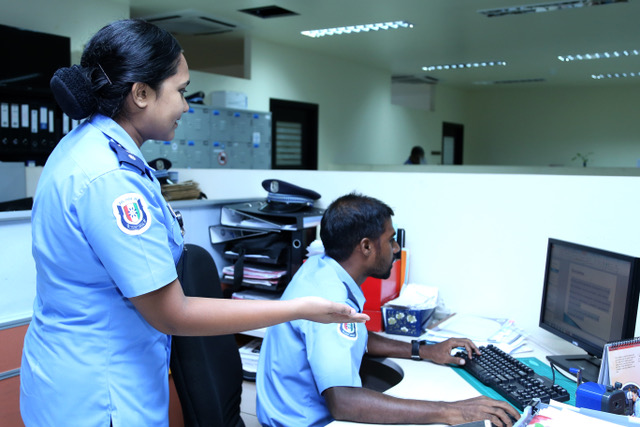 The Maldives Police Force is one of the youngest in the region, having only been separated from the Army 13 years ago. The country, with its large territory but the immense amount of sea, makes it a particularly challenging to police. Drugs are one of the biggest issues, not just those in transit but also those used by the local population.

“Heroin and the cannabis are the most popular drugs in the country,” says Chief Inspector Suzee. “Other drugs, such as ketamine and cocaine, we see mainly in transit. Not only is it a criminal offence to take illegal drugs, but they often encourage other crimes, such as robbery and burglary, as well as gang warfare. Some of the people caught up in this are as young as 13.” 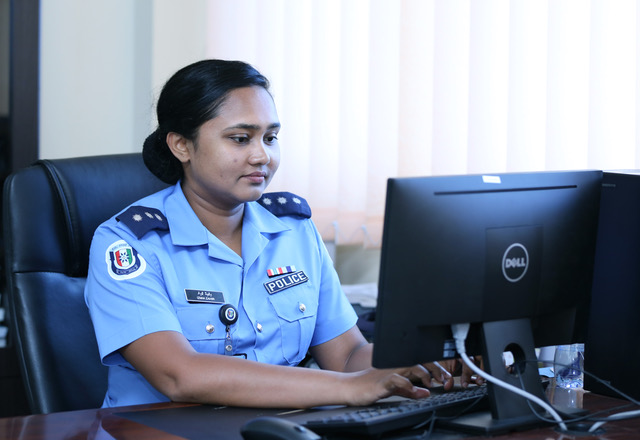 Both chief inspectors joined the service when there were no female commissioned officers. “At the beginning, the country did not really accept female police officers,” says Chief Inspector Suzee. “When I began I was the only woman in forensics. But thanks to the opportunities given to me by the service, I won a scholarship to study at the University of Hull in northern England, and when I returned I was appointed the head of the forensic laboratory. We are learning all the time from all kinds of sources, even television. For example, I tell my staff to watch the TV show Narcos, which describes the life and eventful capture and death of the Colombian drug lord Pablo Escobar, as it deals with situations that we can encounter.” 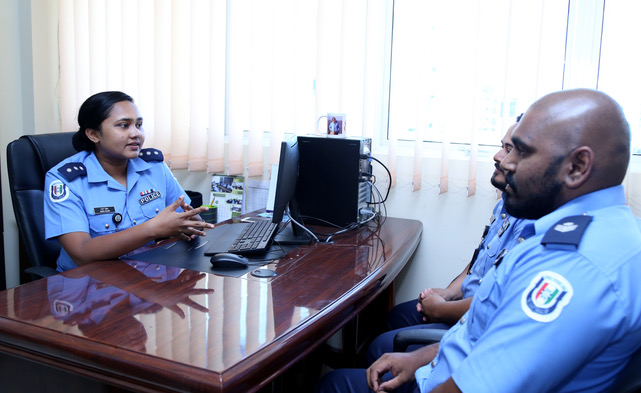 Izmia Zahir joined the service almost by mistake. She was hoping to do research for her master’s degree and was told that she could only access the data if she wore the uniform. She has completed training courses in Singapore and with the Brunei Police.

“By world standards, the female police officers are as good as any police officers I’ve ever worked with,” says Dr Michael Kennedy, senior lecturer at Western Sydney University. “We run a bachelor’s degree in Policing in the Maldives, and none of them has failed the course. They are one of the best-trained police not just in the region, but in the world.”

Both officers commend the opportunities they have been given to study and travel by the service, including representing their organization at the Asia Region Law Enforcement Management Program (ARLEMP) in Vietnam, and also at the first Asia Region Women Police Conference in Bangladesh.

About 60 percent of all the inhabited islands of the Maldives have a police presence, even if it is just a post. It is in these more remote islands that the need for the recruitment of more female officers is most pressing.

“We particularly need to recruit more women from the outer islands,” says Chief Inspector Suzee. “These are the places that tend to be more culturally conservative. The changes that we have seen in Male are taking time to get out to the more remote places, but we are definitely getting there.”