Less than half of the Maldives parliament was present for a vote that saw a record-breaking budget get the green light with no debate or scrutiny.

Opposition lawmakers have been boycotting parliamentary proceedings since the contentious disqualification of defectors from the ruling party was used to quash a majority-backed no-confidence motion against parliament speaker Abdulla Maseeh last July.

They say sittings presided over by Maseeh and conducted in the absence of the unseated lawmakers are illegitimate and unlawful.

So the MVR28 billion budget, the biggest in the country’s short but turbulent history since independence, sailed through within a week of being submitted to parliament.

Imthiyaz Fahmy MP, spokesman for the opposition Maldivian Democratic Party (MDP), said it was not an official boycott.

“After the unconstitutional way in which the impeachment motion against [Speaker] Maseeh was thrown out and prosecution of opposition lawmakers, parliamentary proceedings are illegal. Our stand is that we won’t take part in voting because that will legitimize an illegitimate process,” he told the Maldives Independent.

But he conceded the strategy had not worked so far.

“We have not been able to achieve our main objective, which will always be to ensure the independence of the legislature. But our protest will be registered, and it is getting international attention,” he said, citing strongly worded statements from the EU and Inter Parliamentary Union condemning the legal action taken against the opposition. 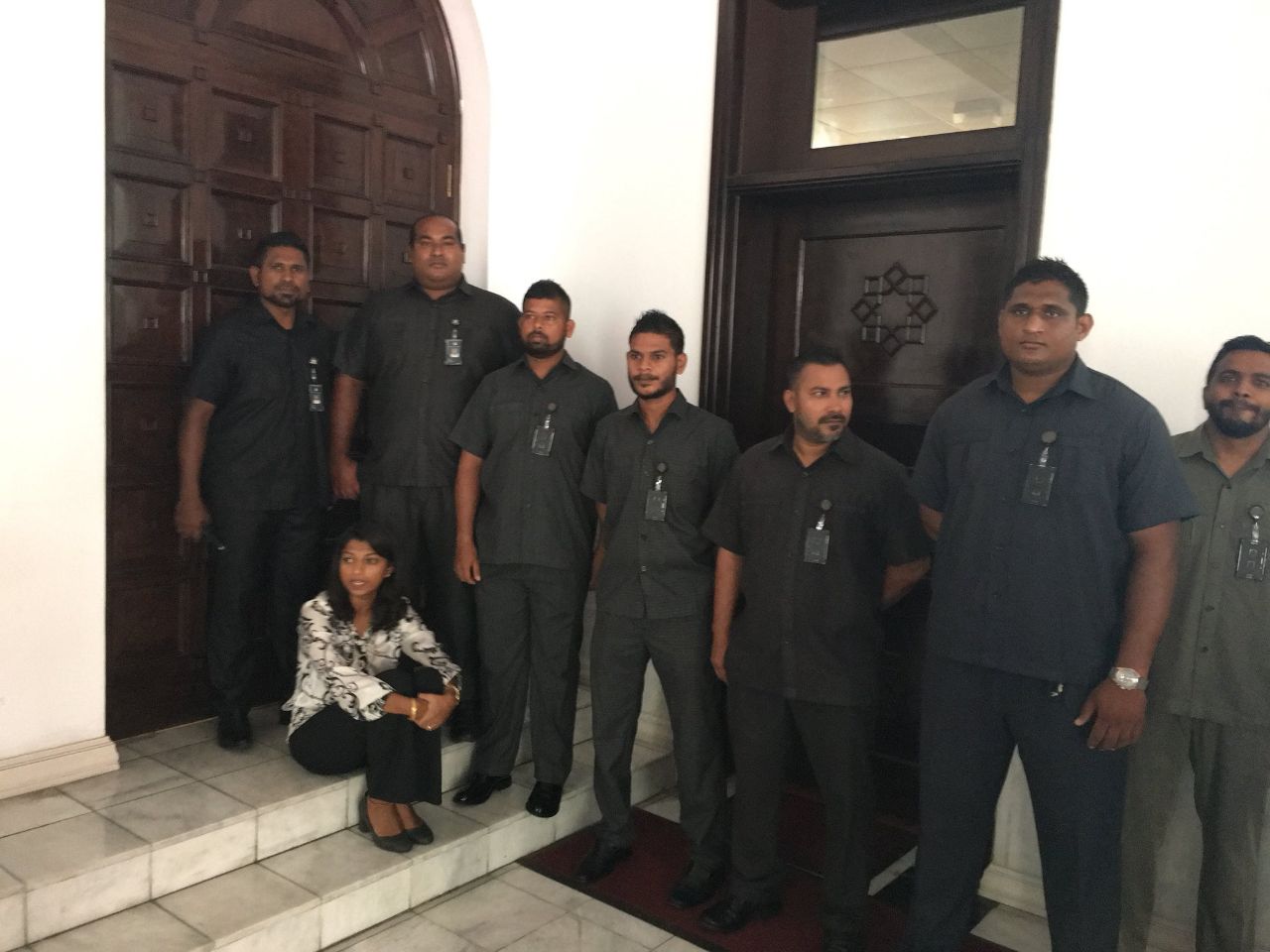 The latest consequence of the boycott was the 700-page Free Trade Agreement with China that was rushed through parliament within 30 minutes.  The opposition refused to take part in voting. The document was reviewed by the national security committee in a closed 10-minute meeting, with opposition MPs claiming they were not informed of the session.

Ahmed Mahloof MP, a spokesman for the joint opposition alliance, said they did not have enough votes to change the outcome of the FTA vote even if they had taken part in proceedings.

“The fact of the matter is they need the presence of 43 members by law to pass anything that has an impact on the people. Obviously, that does not mean this government is not going to break the law and do whatever they please. But if the opposition joins the proceedings and allow them to have 43 lawmakers when they do whatever they want, we are legitimizing their decisions.”

The FTA – which commits both nations to reduce tariffs on most imported goods to zero – was passed with 30 votes from ruling party lawmakers. The opposition questioned the legitimacy of the fast-tracked process, as well as the lack of public disclosure and consultation with the business community.

The PPM has condemned the ongoing boycott.

“Point is, deciding to do our jobs as lawmakers when we want to and taking a break when we don’t want to – that is not how things should be,” said ruling party lawmaker Abdulla Rifau. “If I am in that situation, I will resign so that the people can elect someone else and go home.”

But Mahloof claims the boycott is backed by opposition supporters.

“No member of my constituency has called me up and said why are you doing this. We have been holding all these rallies in the islands as well and we have had huge turnouts. That would not be the case if the people did not support these decisions.”

But the Maldives Democracy Network, one of the few independent and credible NGOs in the country, is more circumspect.

“It is a boycott whether they call it one or not,” said MDN executive director Shahinda Ismail. “It does no favours to the constituents. We do understand parliament has been hijacked by the government. This boycott may not be the best method of dealing with it.”

Even those outside the parliamentary bubble are aware of the boycott’s flaws.

“I know that it looks like nothing can be done,” says 26-year-old civil servant Nihad Adnan. “My point is if you’re happy to take your salary for every month, then you do your job. Find a way to hold the government accountable.”