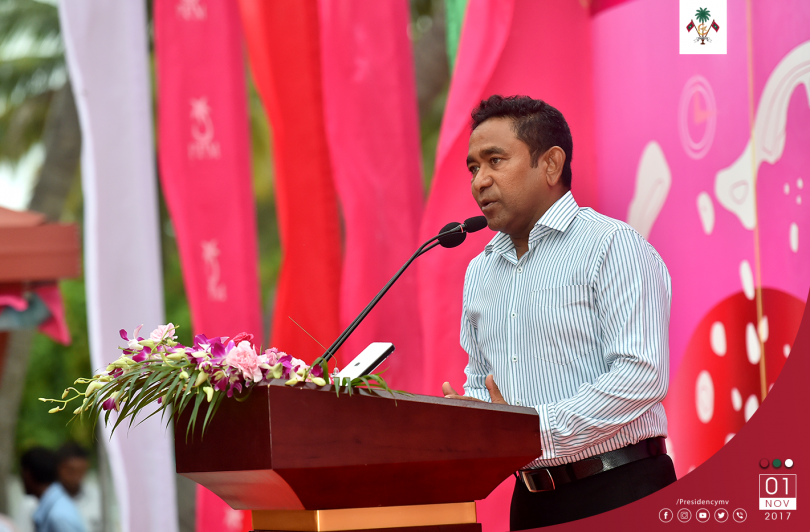 President Abdulla Yameen Abdul Gayoom has stated that Maldives is a small nation proving to adhere a strong foothold in the global arena. The President made this statement while speaking at a gathering held to meet the people of North Nilandhe Atoll Nilandhoo, as part of his current visit to the atoll.

Speaking at the gathering, President stated that Maldives has, similar to great powers of the world, introduced the mighty system of democracy ensuring separation of power and rights of individuals. In this regard he highlighted the priority given by this administration, to the marginalised portions of the society; senior citizens, women and children.

The President stated that these rights have been ensured by written laws and establishment of independent institutions of the State. He further assured that the administration would abide by, and uphold the decisions passed by these entities.

Speaking in this regard, the President underscored the long journey Maldives was on, towards strengthening the country’s democratic system. He pointed out that the first rule of democracy was equal justice for all and equality in front of the law. He further reiterated that any individual who breaks the law would have to face punishments.