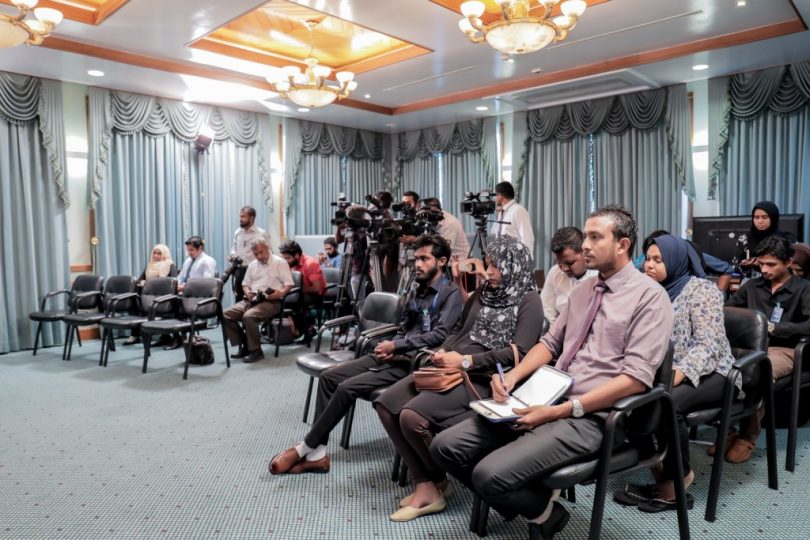 The original Dhivehi article was published on Avas.mv website on 7th November 2017.

The administration of President Abdulla Yameen is way ahead when it comes to restricting freedom and rights. The rights that the constitution had allowed broadly had now been hindered and narrowed down by overriding them with newly made legislation. Freedom of expression and the right to assembly is now shoved into the narrowest pathway possible. The next threat posed to the government is media rights. The little freedom of the press that existed earlier is now extremely restricted. However, even not satisfied with that, the government is now all set to ‘bury’ down the press.

It is not wise to keep two groups of people to do the same job. We agree with this 100%. It is an absolute waste. Maldives Broadcasting Commission (Broadcom) and Maldives Media Council (MMC), exists to regulate Maldives media. Having members in both commissions, they both do almost the same work. Due to the way MMC is set up, the commission does not have much power and there is no purpose of it.

It is also not something journalists are happy with. A single commission can oversee the Maldives media. And it is the most practical way to do it. After realizing that, that it was pointless to spend public funds on MMC, the government came up with a decision to form a new commission. It is a commission to be made by combining both Broadcom and MMC. On behalf of the government, Ungoofaaru Constituency MP Jaufar Dawood proposed ‘Maldives Media Commission’ bill.

A ‘political’ commission away from journalists

A commission to be established with a good purpose, however, hostile towards journalists and one which raises a lot of concerns by journalists. There will be 7 members in that commission. Same as Broadcom. Even for the new commission members will be selected in the same manner as Broadcom, by the president himself. MMC is comprised of media members and members of the public. It is a crucial thing, however, with the new bill, it is no longer.

It has been said that the commission’s president and vice president will also be selected by the president himself. Moreover, a media associate, an editor or a person who has a financial connection with a media cannot become a member of the media commission. The bill doesn’t state whether the members must have a journalism education or background. Whoever the president pleases can become a member. So when individuals become members in this manner, it raises doubts whether that member can work independently. That scene is visible from the way Broadcom works currently. Those members have been seen arranging chairs in president’s events. 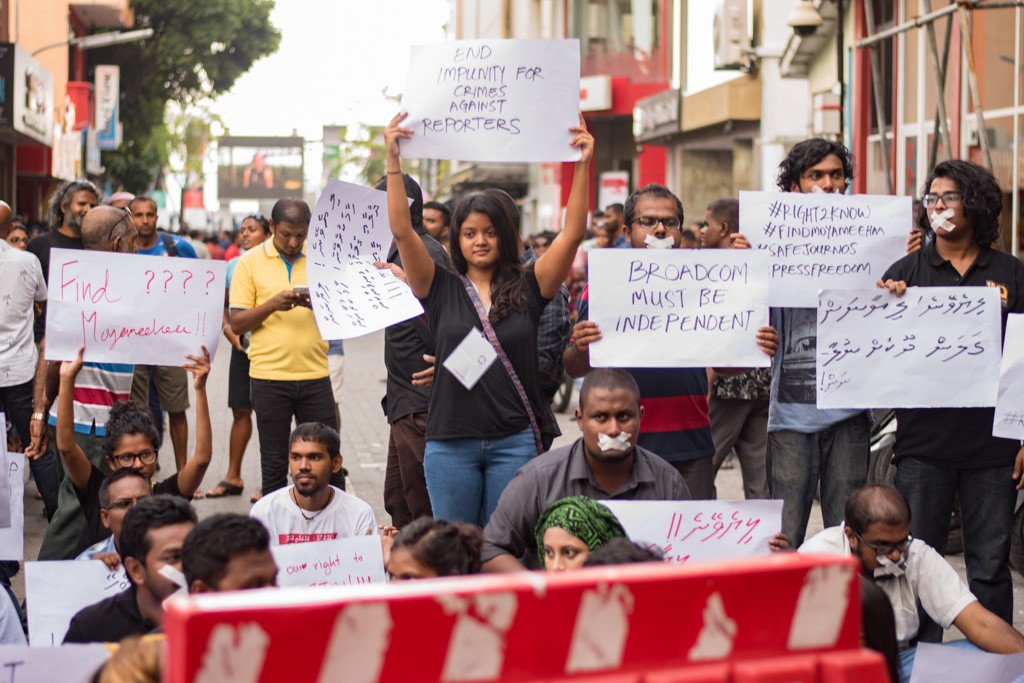 Didn’t achieve the maximum from the Defamation Law

The Defamation Law which was passed allegedly to protect people’s reputation and freedom of expression represented the government’s ‘fear’ over the independent press. The broad freedom of the press was narrowed down. That law’s purpose was to shut the voice of the independent media. To stop the talk of corruption and immorality. But the media was too accustomed to such a strict law. Under that law, only a few media got ‘injured’. Especially since MMC was a separate entity, they could not touch the online media.

Along with the new commission, once again it poses to threaten the independent media agencies with exorbitant penalties and fines. Those are the penalties that go beyond the perimeters of the defamation law. It is also stated in the bill. The new commission will take action if a media agency violates the code of ethics. This code of ethics is also very tricky and scary. However, the code of ethics doesn’t yet exist. It will be done after members are selected to the commission, within the first 3 months. While the prerequisites to formulate the code of ethics are mentioned in the bill, it also states the input by personals from the media and journalists should be there after consulting with them.

However, since it doesn’t specify, the members can consult with whoever they want and whip up the code of ethics. Like for example, if they make the code of ethics based on the consultation of the government media, PSM’s senior official’s consultation or senior officials of media that promote the government, who are in fact just politicians with no journalism background, then it would be best not to further talk about it. 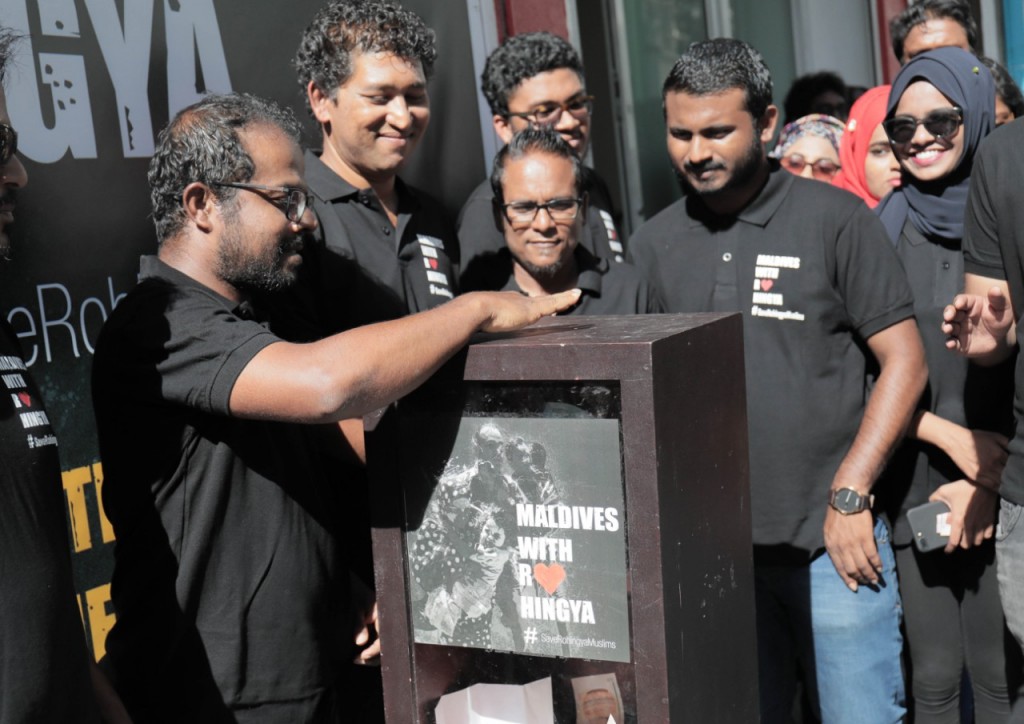 If the media violates that code of ethics, they would be hit with a fine penalty of 10,000 to 100,000 Rufiyaa. The bill also states that the same will be applied to a journalist who violates the code of ethics. The commission also has the power to suspend a media agency’s license to operate, while the said media agency is being investigated for an alleged violation. If a media agency repeatedly violates it, then their case will be sent to the court to cancel their license.

It is not a problem. If there was a violation, an action can be taken. The problem is when things are done unsystematically. When the bill has stated the limits of the fine, the system to follow to impose the fine is not mentioned.There is no mentioning of exempting or giving leniency to a fine, for a first-time offence. A media agency that doesn’t spread government’s propaganda, can be fined 100,000 Rufiyaa even for the first time. And this exactly is the way Broadcom is currently behaving.

There are many medias who write about the government’s institutes and administrations. The criticisms aimed at them are also many. That was an opportunity presented by the defamation law. No matter how much of a criticism is aimed at those organizations, as long as a person’s name is not mentioned under that law, it cannot be a crime. The space that was allowed in that law will be narrowed, with the new commission’s law.

In the media commission bill, in the article 40, clause Lh, it states that criticisms should be directed at authorities and organizations, in a fair and just manner. Which raises the question, how can a media report about a corruption scandal in a fair way? It is impossible to report fairly, about a corruption where the government falls into the hot water.

The bill states what news reporters cannot disclose. It is a restriction. It is a direct action to silence the biggest ever allegations of corruption aimed at the government. It can be said that the article was included to stop the media from talking about the dirtiest act ever committed within the government – MMPRC’s largest corruption scandal. According to article 41’s clause (b) of the bill, no person’s financial transactions and debts can be revealed. As per the bill, nobody can mention about the USD 1 million deposited into President Yameen’s account with the Maldives Islamic Bank. And it can prevent in mentioning about a parliament member’s debt. 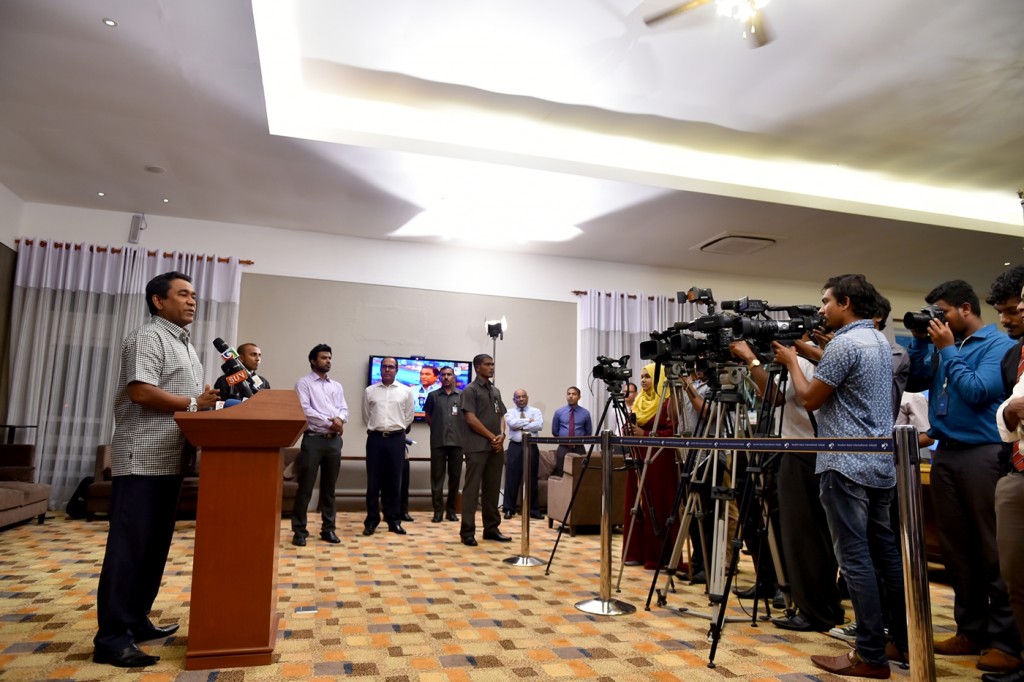 Purposely, no media will publish a false news. However, they do publish news which is not completely verifiable. As per the new commission’s law, a news that is likely to be untrue, cannot be published as well. On the article 43 of the bill, it is prohibited.

The bill included giving a higher power that none of the legislation allowed: that is article 71, where the commission has the right to interrupt the program schedule of a media agency if a media agency violates the commission’s law and fails to cooperate in amending their content when instructed to do so. As per the article, the content will be considered as a threat to national security and police will be sent to the media station to remove the content. As per article 72, if a content poses a threat to the national security, the commission has the right to stop the content from being published by deploying the police. However, it is unclear for how long of a suspension it will be. A guestimation is it could be for as long as they want.

Not monitoring, but stifling

The whole purpose of a media commission is to oversee media, however, the newly designed law contradicts that; it is a visible fact that the bill’s top priority is to stifle independent journalism.

‘The bill will show that those who go against the commission’s law, the media will be monitored more than ever before, rather than maintaining the current press freedom, take action against media and find a way or a system to narrow down the currently given freedom. The media council’s law was to maintain the freedom of press, remove the blockades and to deal with challenges, however, the new bill is to lock up all the journalists, to frame and charge them with something,’ said Hussain Hassan, Deputy Editor of Sun Online, who was a member of MMC for 2 years. 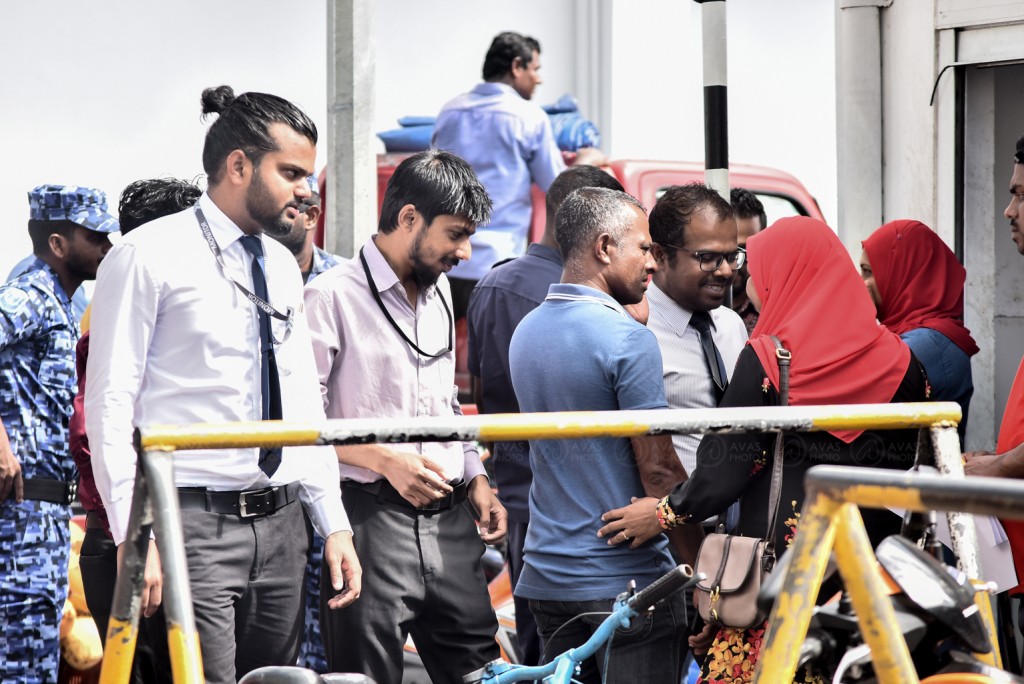 Sun Media’s Hussain with other journalists

By dissolving MMC and making a new commission is to oversee the media, the commission should have at least members who have knowledge of the media. From gathered information, the bill was initially drafted like this: apart from the 3 members the president appoints, there will be 3 media representatives and a member of the legal profession. In truth, when both MMC and Broadcom merge, the result should be that. However, that idea has been scrapped because of the government’s evil agenda to take actions against the independent media and penalize them.

‘With how the bill is, there is a chance of members being selected that has no connection with media. They could be politicians. Or government puppets. As that is how Broadcasting Commission is now,’ Hussain Hassan said.

MP Mohamed Ameeth who worked in media earlier, also said media commission’s law was not passed to maintain journalism. There is no difference between that law and the defamation law. He said the law on the new commission is to clamp down the media agencies before the next year’s election. To keep them in their firm grip.

Gan Constituency MP Fayyaz Ismail and Attorney at Law, said the media commission’s law is passed to bury the freedom of the press that has already been placed in a coffin, nailed and finally lowered into a grave. The new law is a great woe unto Maldives’ independent press, which will be hurriedly passed to bury the government’s dirty acts.