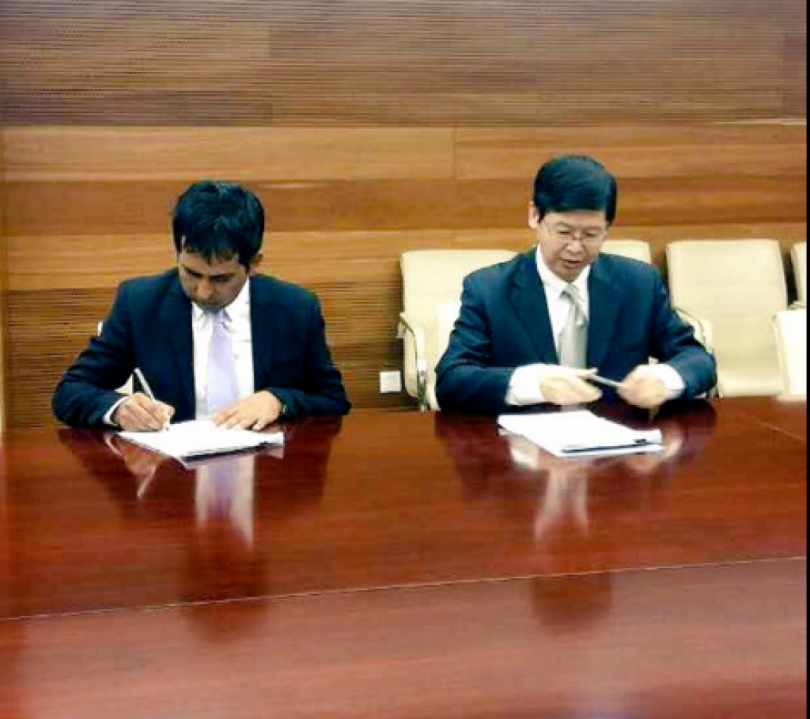 Signing between Maldives and China at a previous session of the free trade talks between the two nations.

Maldives has successfully concluded its free trade talks with China that had commenced back in September 18, 2015. Making it two years since the discussion kicked off.

The Ministry of Economic Development through a public statement released on Monday stated that leniency in trade of goods and services between Maldives and China would be introduced while the tourism and fisheries industries of Maldives will receive scope to market itself in one of the world’s largest economies.

Economic Ministry also affirmed that they have sent out invitations to European Union, Japan and UK to hold free trade talks while final meetings between Maldives and Hong Kong to derive an outcome for free trade agreement will take place in a near future.

Furthermore Economic Ministry’s statement had highlighted the attempts and initiatives by the state in order to seek and reach international markets for the sales of fish produce and fisheries related goods – and to inspect better rates for transactions. The ministry also highlights significant achievements and corporate arrangements made during exhibitions in various foreign countries that includes the likes of India, Japan, Turkey, UAE and Saudi Arabia.