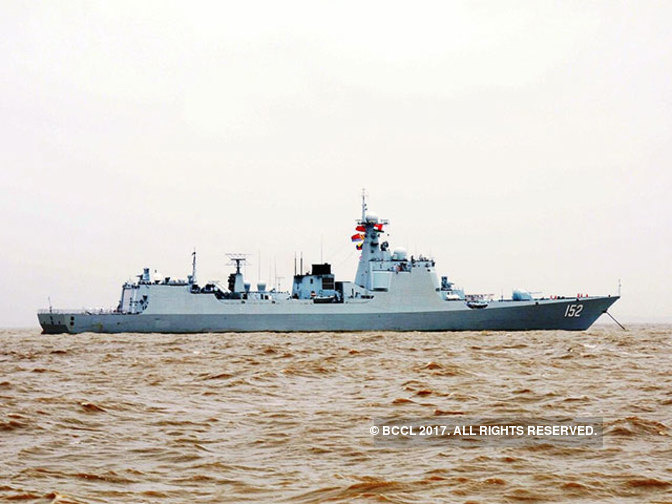 NEW DELHI: Neighbouring Maldives could plunge into a fresh crisis with the main Opposition Maldives Democratic Party (MDP) led by former President Nasheed raising red flag over Maldives-China FTA that was rushed through Parliament on Wednesday in a record one hour without any debate.

Sino-Maldivian trade balance remains considerably in favour of China, and there are concerns that the FTA will further increase the deficit and push Maldives towards a debt trap like Sri Lanka — an issue that has alarmed Delhi amid apprehensions of neighbourhood plunging into economic crisis in future.

China is eyeing naval base in Maldives much to India’s discomfort. The Maldives has also agreed to become a partner in China’s maritime silk route and the Chinese government pledged $100 million as grant aid for a bridge connecting Malé and the reclaimed island Hulhumalé.

ET has learnt that the Speaker of Maldivian Parliament called for an emergency sitting on late Wednesday evening to pass the FTA with China. The Agreement was sent to the Parliamentary oversight committee on national security affairs within three minutes of submission to the floor. The Committee vetting the Agreement took less than 10 minutes. The Committee was conducted against Parliamentary procedures and norms, with deliberations closed off for the public and to the media, according to Opposition leaders who refused to be identified.

Despite requests, the MPs were not given access to the document in order to review it before passing. The Government allowed for less than one hour for the entire Parliamentary process to approve the 1000 plus page document. “The Agreement contained a number of technical details that should have been thoroughly reviewed and required consultation with the business community. The Agreement was approved with just 30 votes, in another late evening session of the Parliament,” sources in MDP told ET.

“The MDP is deeply alarmed that the Yameen Government is entering a trade deal that will have immense economic repercussions on the Maldivian economy… Trade balance remains considerably in favour of China, and the MDP is therefore concerned that the FTA will further increase the deficit. We are also deeply concerned that further entrenchment of the country into a Chinese debt trap will result in additional stress on strategic national assets and increasing instability in the Indian Ocean region,” one of senior MDP functionaries told ET.

The FTA is expected to exempt over 95 percent of bilateral trade flows from tariffs while enhancing cooperation in areas including finance, medicine, tourism, and fishing. But the MDP-led Opposition claims that the agreement places Maldives in a geopolitically vulnerable position. The Maldives has so far only signed the regional South Asian Free Trade Area agreement and FTA with China is its first country-specific FTA.