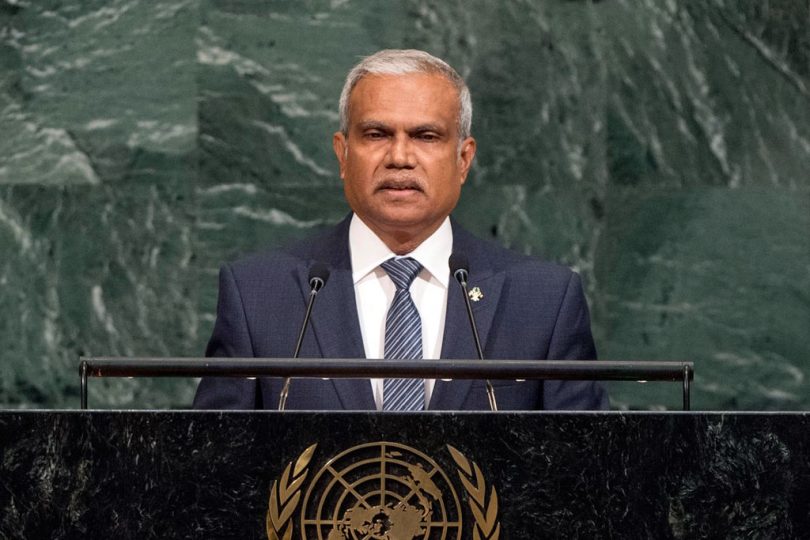 23 September 2017 – A stronger United Nations is more than ever needed to address the multiple crises facing the world, the Maldives to the General Assembly’s 72nd annual general debate today.

“The United Nations is what we all make of it,” Foreign Minister Mohamed Asim said. “It is made up of us, the Member States. Its successes and its weaknesses are determined by how much we put into it.

“My country, the Maldives, envisions a United Nations that is fair, that is representative of its diverse membership, that takes into account the views and opinions of all, and forms consensus, based on compromise and dialogue. A United Nations that commits and delivers.”

As the representative of a State made up of low-lying islands, he underscored the dangers of global warming climate change. “There is no bigger global threat than that of climate change,” he said.

“Island nations, including the Maldives, are the first to be devastated by these impacts. But, we are not the only ones. Today, climate change is becoming a reality for the rest of the world – whether we choose to believe it or not,” he added, citing he intensity of the recent hurricanes to hit the Caribbean and the United States, and the Pacific islands last year.