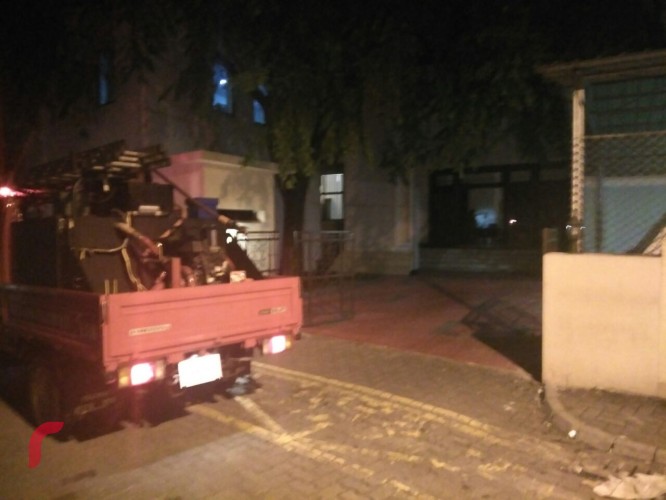 MNDF vehicles outside of Parliament premises following the fire — Photo by: Ahmed Muhsin

A fire has broken out in Parliament premises.

The fire broke out at around 4 am on Sunday and was attended by Fire and Rescue team at Maldives National Defense Force (MNDF) shortly afterwards.

No official statement had been released about the fire. RaajjeMV was unable to get a comment from MNDF media official, as he had not answered the calls.

However, RaajjeMV understands that the fire had broken out in a tissue box placed on the first floor of the Parliament premises. The smoke from the fire had spread to the entire premises.

This is the second such fire in Parliament premises. On July 31st, a similar incident had occurred in one of the bathrooms in the Parliament. Following this, Parliament sessions were halted.